The UIL regionals are here and I’m breaking down the greater Houston teams that are left standing in 6A region II,  5A region III and 4A region III.

Klein Forest– Talented, experienced, tough, well coached, and underappreciated. Sounds like a recipe for disaster for opposing teams. Kharee McDaniel and Calvin Solomon are really a dynamic duo and they have other weapons in junior Dylan Hamilton & sophomore Marian Williams. They were so locked in on Tuesday vs Eisenhower, coach Cary Black has done a tremendous job in keeping them grounded and focused.

Why they can win the regional– Because they’re good enough. They will have a daunting task of beating a Rockwall team featuring one McDonald’s All American in Sam Williamson, when they win that one, they’ll have to see another one in Tyrese Maxey at South Garland. But if anybody is up to the task it’s the Golden Eagles. 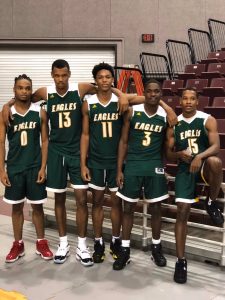 Spring– Coach Cody Glass has an experienced bunch that feature a super back court in seniors Keionte Cornelius & Christyon “Don’t me Christian” Eugene. They have outscored and outplayed nearly every other guard duo they have faced. After being down 15 points to Klein Collins on Tuesday, Eugene took over & carried them to an OT win, scoring 32 points, while Cornelius finished with 11. They won’t see a better guard tandem than the two kids they’ll line up against tonight at South Garland (Tyrese Maxey & Chris Harris).

Why they can win the regional– They have nothing to lose. They will be a heavy underdog tonight, and the game is in Dallas, about 20 minutes from Garland, but never underestimate the heart of a HOUSTONIAN. These kids believe in themselves, and their coach always has their back. It wouldn’t surprise me if they win in a shootout. 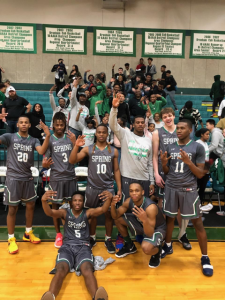 Port Arthur Memorial– The defending 5A state champs have flown under everybody’s radar all year long and that’s just how they like it. They knocked off the regional favorite Shadow Creek on Tuesday, & I caught hell for saying it was an upset. Lol The big guys up front, juniors Kenneth Lofton Jr, and Nate Clover are the difference and they’re the best front court in 5A. Coach Alden Lewis has the Titans 27-7 and are once again the “favorite” to win the region.

Why they can win the regional– Size matters. They have the two biggest and best players in this region, Clover at 6’9 is the elite defender and Lofton at 6’5 is a match up night mare. They also have been here before, & they want the smoke. Once you’ve won the championship before it gives you an edge and a sense of pride, & the 409 community will be deep to push them back to San Antonio. 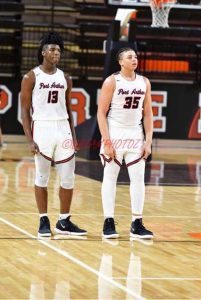 Hightower– It feels like head coach Stephen Woods has been in a reality show all year long with the hoopla surrounding his team this year. Additions, then subtractions, the media attention, etc etc. After finishing 2nd in the district the Hurricanes have made a run to the regionals. Underclassmen Bryce Griggs, Chris Felix, Chris Harris, Cam Collins have been really good at times this year, and senior guard Kevin McGaskey is their “rock”. They won a tough game, raucous game vs Texas City on Tuesday in a hostile environment, that showed me they might be ready to get to San Antonio.

Why they can win the regional– “They all they got”. Griggs has been as good as advertised and Felix will do all of the dirty work to help them win games. Coach Woods has instilled the concept of playing together and trusting each other & controlling what you can control. If they trust this process it may carry them to the regional title. 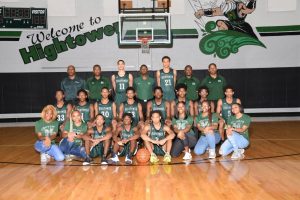 Yates– I can talk about how Jo Valrie has been a stallworth this season. How Rubin Jones has been pushing the pace for the highest scoring team in the state, or how Antwon Norman has been playing at high level all year long and is district MVP. We know coach Wise is going to press you as soon as you walk in the arena.. But honestly we’re just waiting on the Silsbee game on Saturday. That’s the game that everyone is waiting for, and wants to see, the game in which they’ll be measured.

Why they can win the regional– They’re depth. At least 6 guys have scored double figures for Yates at some point this season. The play of Antown Norman has been on another level. Carnell August has been knocking down shots at an amazing clip, and D. Brown brings the toughness and swag. They have one job… beat Silsbee 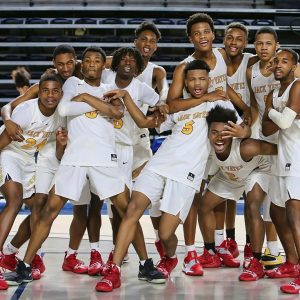 Silsbee– Coach Joe Sigler has the Tigers 26-6 and the defending state champs are primed to 3 peat. They have a “big 3”, Austin Peay pledges Jordyn Adams, Devon McCain, and back to back region MVP, junior Braelon Bush. Adams has saved his best season for last, he’s grown as a player and leader, carrying his team back to the regionals. Just like Yates, these kids are only judged off of the match up they will have Saturday afternoon in Huntsville.

Why they can win the regional– They have the most experience and talent to do it. Adams, Bush and McCain have been the superior trio the last two years, and their play this year has been even better than the previous ones. It will be fireworks when they clash with Yates on Saturday, and I wouldn’t expect anything less. 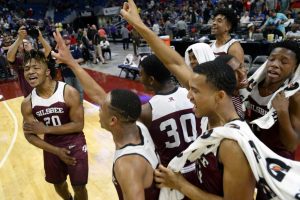