The last time I attended a GASO event in Bryan, TX was when in I played in one back 1999. Twenty years later I decided to make the trip back to check on some pretty interesting match ups Sam Lowe and Blue Zertuche put together.

JL3 jumped out early behind Noah Robledo and Ja’Vier Francis. CenTex would hang around due it it’s ball movement, and they knocked down some timely 3’s to keep the game close. CenTex would a 79-77 lead with a minute to go before DJ Richards hit one of his three 3’s to put JL3 up one with 34 seconds to play. Marland Lowe seems to have the group playing with a little more fight and energy. Robledo would lead the way with 25 points. 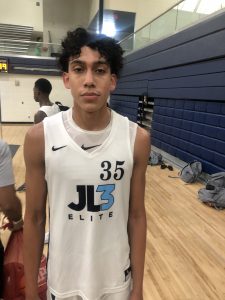 This game was the tale of two halves. The first half was dominated by the Defenders & their “GUY”, Cam Crockett. He did any and every thing he wanted on the court. He caught lobs, he got to the rim, he blocked shots, he did it all. Again, when he’s locked in, he’s one of the most dazzling kids in the state. YGC seemed a little shell shocked during the 1st 16 minutes, but got it together in the 2nd half behind Jace Wilson’s aggressive play. He got his team going by getting physical and raising their toughness level. They fought back from a 16 point deficit to send the game into overtime, where the Defenders would edge them by 2, with some late free throws. 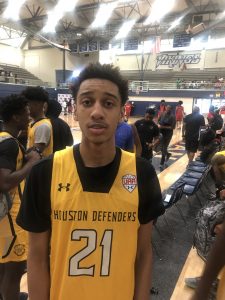 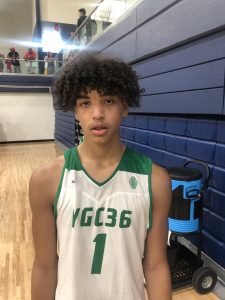 This game was a rematch from the 1st meeting in March. Hardwork was missing their best player Keon Edwards, & Team Harden, who’s only lost 3 games since then, didn’t care. Harden jumped out early behind the hot hand of Mykell Robinson, who attacked the rim like it owed him money, scoring 18 in the 1st half. Harden would lead 34-23 at the half. The 2nd half  GG Edzim & Jerrell Colbert played well inside for Hardwork, and Austin Nunez pushed the pace to close the gap and take the lead. Down the stretch it was too much Robinson and Marcus Williams for Harden as they would combine for 25 2nd half points. 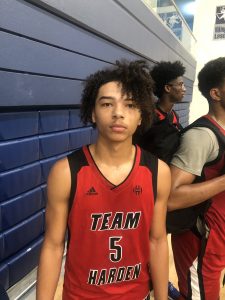 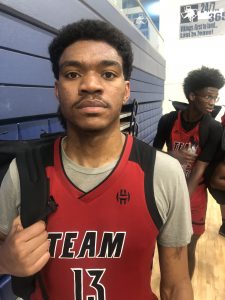 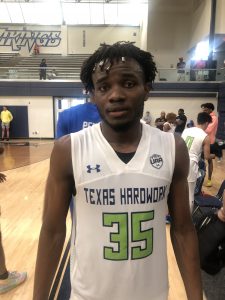 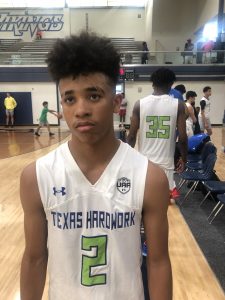 I won’t lie, this game was primarily the reason I made the 88 mile trip up to Bryan. I was excited about the possibility of seeing 2 high level teams compete. Both teams have HM players and it was a good UAA vs EYBL rivalry game… Boy was I wrong. The Titans beat the BRAKES off the Defenders. WITHOUT GREG BROWN. It was like the Varsity vs the Freshman A team. Like Lebron vs Bronny, like Robert Hatter vs a toddler in a donut eating contest.. Montrell Pena & Richard Amaefule had a dunk contest with each other during the game. Meek Mill wrote a song about games like this.. “LEVELS”

Thank God this game was better to stomach than the previous game on court 1. Very tightly contested game as all of these kids have played against each other for years. The duo of Robledo and Griffin Datcher had the inside outside versatility on display as they both were in double figures, 14, 10, & grabbed a handful of rebounds for JL3. Patrick Punch & Maddox Kopp each knocked down two 3’s, scoring 12 & 10 respectively to end the half with a 40-40 tie. The 2nd half was much like the 1st, the Defenders would stretch it out to 8, & JL3 would cut it to tie the game. The Defenders would end up pulling out a 4 point victory. Again, it looks like coach Lowe has infused a little life into this group. Punch would lead the Defenders with 20 & Robledo lead JL3 with 22. 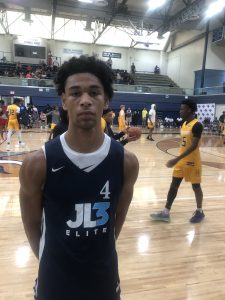 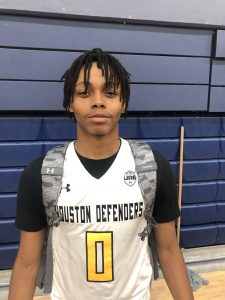 The Defenders looking to bounce back after that embarrassing performance vs the Titans, came out in this game with much more fight. Bakari LaStrap, Ethan Taylor, & Justin Hill were hot early on each scoring double figures in the 1st half. Not to be outdone, Marcus Willams was #HotterThanFishGrease scoring 16 of his own before intermission. Team Harden trailed 48-42 at halftime. In the beginning of the 2nd half the game looked like it was about to be a runaway train, as the Defenders went on a 14-0 run to go up 62-42. Coach Eric called a timeout and used some words I can’t repeat, those words along with the dedicated focus to detail helped propel Harden to go on a 28-9 run to tie the game at 68. Duece Guidry, who’s NEVER had a bad game vs the Defenders went to work, scoring 8 straight during this run. Marcus Williams would a tough pull up in the lane as Harden took the lead 73-70. Bakari LaStrap would close the game out hitting back to back to back triples, putting his team up 81-74. The Defenders would end up with a 86-82 victory. Hill scored 22, LaStrap 21, and Taylor 17. For Harden, Marcus Williams scored 25 & Duece Guidry would finish with 17 in the loss. 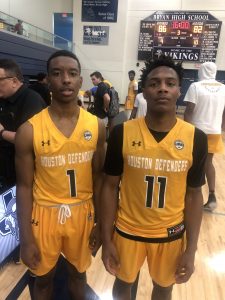 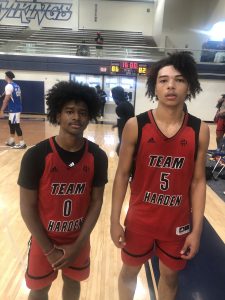