This week two of the bright, young assistant coaches in the greater Houston area, Chris Packer and Ken Stephens, were named head coaches at Aldine Davis and Dekaney HS. I wanted to get their thoughts on their new roles, and what it each program can look forward to with them under the helm. 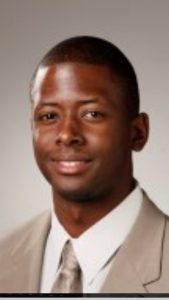 OTR: How does it feel being able to run your own varsity program in a city like Houston?

CP: There’s so many great players and teams that have come from this city, the basketball culture here, definitely a blessing to get this opportunity.

OTR: What does it mean to be able to lead young men of color?

CP: It’s an honor — I needed basketball growing up as there’s so many other things young men of color can fall into. To be able to help them find their purpose/career and the game itself teaches so many life lessons — always going to be bigger than basketball with me so being in this position won’t be taken for granted.

OTR: How long have you been coaching?

OTR: With you coaching at rival Ike, will it feel a little weird being on the other side of that line & coaching against your former players and coach Johnson?

CP: It will until the ball is tipped, then it’s all competition as Davis/Ike will always be intense.

CP: Excitement… great players, established coaches, new coaches, one of the most competitive districts in the city, great Superintendent and Athletic Director… going to be a lot of fun.

OTR: What is your plan of action during your 1st year at the helm?

CP: As a new coach you always want to establish your ideals; but ultimately getting coaches, players, and parents focused on 1 common goal which is winning together, and the individual accolades will take care of themselves. As far as how we are going to play at Davis – fast and together- going to be a lot of fun.

OTR: What has prepared for you this level?

CP: Blessed to have experienced the game playing/coaching at so many different levels – learning under Coach Johnson has been beneficial as well and I’m grateful for his mentorship. Ultimately, there’s always going to be challenges, negativity, and adversity, but I’m going to love these kids, embrace the grind, and keep moving forward. 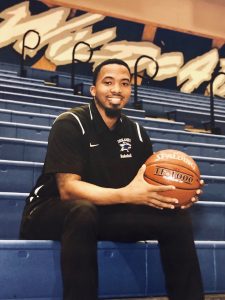 OTR: How does it feel being able to run your own varsity program in a city like Houston?

KS: To have the honor to lead a program in a tradition rich city like Houston is such an honor. I would have to truly say it’s a blessing.

OTR: What does it mean to be able to lead young men of color?

KS: Coaching young men of color has never been something I haven’t relished in the past. I have always worked with kids from inner city backgrounds and helped to develop character within my programs. The success stories of the lives you impact always outweigh the countless hours that are put into coaching.

OTR: How long have you been coaching & what’s your coaching background?

KS: My coaching career started 14 years ago, shortly after my college graduation in 2005 at my local recreation center in Florida just giving back to the community. I was given my first High School coaching experience in 2007 at Coral Glades high school which was a brand new high school in the city. I enjoyed the years of laying foundation for a winning program and traditions and it has given me the blueprint for the work that has to be done here at Dekaney.

I began as a College Coaching intern under Matt Doherty at FAU 2005-06. The experience I gained during that season help to mold the philosophy of my coaching beliefs. I also had the privilege of becoming an AAU coach with major Circuit teams such as Nike Each 1 Teach 1, Adidas Team Moam, Adidas Team Knight and now the Houston Defenders. I have been a head coach in multiple sports during my tenure in Florida such as football, volleyball and track.

OTR: You moved here from Florida, what does it mean to get this opportunity in such a short period of time?

KS: For me it was everything because I left Florida 3 years ago at the top of the game and assumed that I would be able to just get a job as a head coach on merit alone. Once I moved here and could not land a job for 6 months, I started to believe it would take 10 years to get a chance like this. I always say that God had bigger plans for me that I had for myself. Sometimes we have to just be still and let God work in our favor to get us to the places our hearts desire.

KS: The brand of basketball I want to bring to Dekaney is a uptempo game that shows a fluid offense and attacking defense. The players will learn to play for each other and not themselves. I believe that the community will support a product that is built on the basic principles of Respect, Trust and Commitment.