Day of the Super 16, I got to the games a little later than I wanted to, but I got to see Dickinson, Westbury Christian, & Milby live. I’m only recapping games I saw with my own eyes, I will have my eye on a few more teams on Day 3. Here’s yesterday’s recap:

I definitely got my money’s worth in the game. Milby junior guard Gerald Doakes was a good as advertised, hitting tough shot after tough shot. At one point he scored 12 straight points to finish with a game high 27. His back court mate 2021 Will Young finished with 17, it wouldn’t surprise me if they combine for 80 a few times this year. Episcopal’s Jahari Long & D’Avian Houston held serve, finishing with 24, & 19 points respectively.  They each took turns taking over the game & were unfazed from the acrobatic shots by Doakes, cruising to a 20 point win. Long is tarting to consistently make 3’s, which will add another dimension to his game. I love the balance that Episcopal has, they seem to let the game come to them, & they never seem to be in a rush offensively. 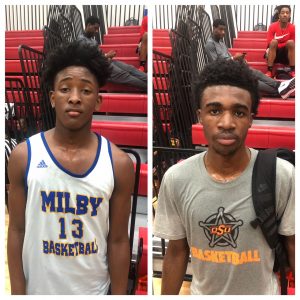 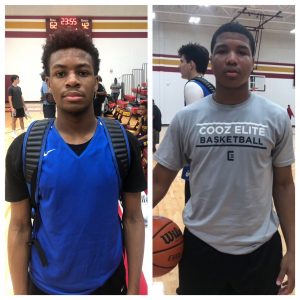 A very physical, high intensity game that went back & forth down the stretch. It also had some fireworks, with 4 technical fouls being handed out. I don’t think Texas Christian uses its tremendous size enough, but a lot of that has to do with the lack of PG play. If/when they add that, it’ll make all the difference in the world. 6’8 2020 F Deandre Dues played well with 8p/10r. Rayburn’s 2020 G Jalen White, AKA young Rip Hamilton, was a smooth operator & had mid rage buffet to finish with 18 points. Keon Edwards who has the primary role of ball handler chipped in with 14. 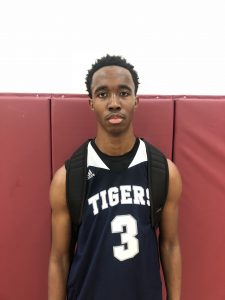 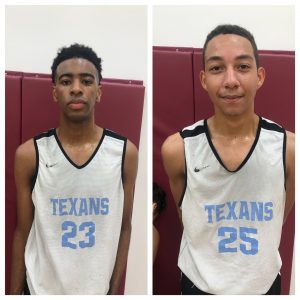 The defending 5A state champs were without inside 4 man Kenneth Lofton in this one, but in his absence 2020 forward Nate Clover held him down. Big fella was a presence on the glass, and hit some timely jump hooks in the paint to seal the win. Freshman point guard Amare Abrams has chance to do some special things in the “Land of the Trill, he got in the paint & made big time reads. Westbury Christian assistant coach and big man whisperer, Keith White, may have the next big thing under his tutelage. 6’7 2021 forward Javier “The R is silent” Francis was damn good yesterday. His arms go into next week, and he finished three 2 hand dunks in traffic this game. He also blocked 5 shots, and ran the floor like a deer. He will finish among the top in the rankings in his class. 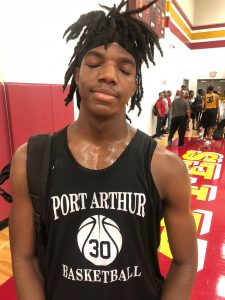 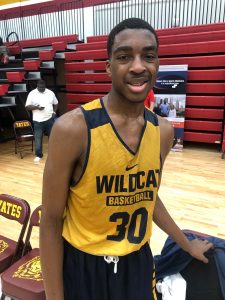 Standing room only for this heavyweight tilt. Really high level guard play from both sides. Hightower jumped out early behind sophomore guard Chris Felix hitting a couple of early 3’s. Senior forward Mykell Robinson was steady, pushing it coast to coas for a a couple of easy buckets in transitions. 2020 guard Chris Harris came off the bench and sparked the Canes with a couple of acrobatic layups and a dime Bryce Griggs for a big 3. It was my 1st time seeing the 3 headed Dickinson monster & I was very impressed. Junior guard Tramon Mark has been playing really well this fall, and he was fantastic, scoring from all 3 levels. Marcus Williams had a good game as well, got busy on the break, hit two 3’s, & sparked his team with his energy. The guy who stole the show was Deuce Guidry, the junior guard was in his bag, finishing with 20 points, capping it off with a nice “filllaaaaaay” finish layup. Did any and everything he wanted, was the best player on the floor. 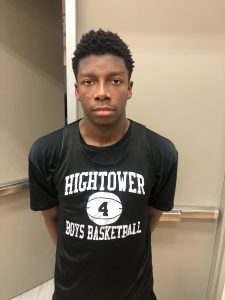 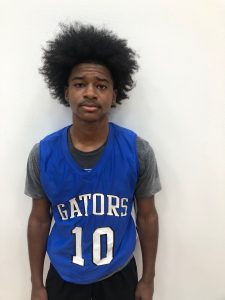