There was a ton of energy in the building this weekend, and you could tell kids were excited about playing with their HS teammates again. I was excited for this event, and I’m pleased that these kids really competed and played hard.

Let me upgrade you!

Shadow Creek was already bringing back a loaded roster after only losing 1 starter off of last year’s regional finalist squad. The addition of 6’1 ’21 pg Brian Gordon, & 6’0 ’22 G Cam Amboree, has given them extra bullets in the chamber. Both have already paid dividends, as Gordon knocked down four 3’s in the opening game vs Woodlands Christian. Amboree, who shot the ball extremely well, hit the game winning 3 as time expired in a thriller vs Manvel. Shawn Jones is growing as a leader, and they have the depth to make a run at a 6A crown. 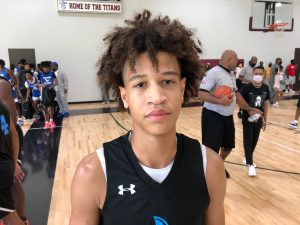 Like their formal district rival Shadow Creek, Manvel also brings back the majority of their team for the 20-21 season. They came out of the gate with energy in a big 1st game vs SC. 6’2 ’21 Zaire Hayes got them going early, hitting big shots. 6’5 Mason McBride looked really good as well, hoping he can play at this level all season. 5’11 Azari Woods, hit TOUGH buckets and big fella 6’7 Shaun Walker was a load inside. Look out for 2023 6’4 Jamari McDowell.. He has a chance to be a player!

Is Legacy SSS ready for a national run?

The city’s #1 team faced two eager opponents and won their 1st game by 3 vs Clear Creek, and then survived a 1 point win vs Elkins. But don’t let that worry you, this team is ready and primed. 6’9 Ashton Smith & 6’7 Brian Myles were enforcers inside and made spectacular plays. 6’3 PJ Neal was solid running his team, getting to spots, and found Smith inside for easy finishes. 6’4 Johnathan Massie was handling his business this weekend.. He went for 23 & 9 vs Clear Creek, and made big buckets in the Elkins game. This team will be one of the better teams in the country.

’23 “Smurf” Millender & ’22 Kemo Millender had Clear Brook playing so hard I got tired just watching them. This team really competes, and they guard like their lives depend on it. Offensively they move the ball really well, in a close game vs Clear Creek, they closed the game down the stretch with the Milly Boys carrying them. Kemo finished the game with 34 points. 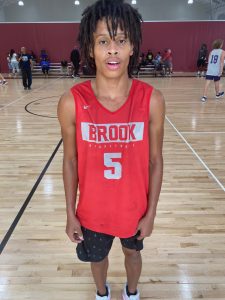 Don’t drown in the Lake!

I tweeted that Lake Creek might be the best shooting team in the area, and that was an understatement. ’21 6’4 Hudson Boyd, & ‘5’10 Jordan Fitch shot the leather off of the basketball. These guys have also mastered the penetrate and pitch to a really good level. They always look to make the extra pass and find the open man. After losing one of the best players in school history, Pierce Spencer, it looks like everybody is ready to step up in his absence.

Players who caught my attention!

Patrick Punch (Eisenhower)– Made some 3’s, if he can consistently make 3’s.. he’s a different dude. Always plays hard, and defends, had a good week and Division 1 colleges are noticing his play.

DJ Richards (Cy Creek)– Had a big time performance vs Legacy SSS, going for 27 in the loss. He’s starting to come on strong, making a big name for himself! Wants to be in the top 5 conversation in the class, he keeps playing like this, he will have a case. 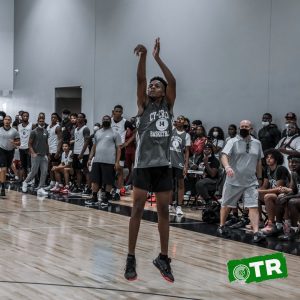 Chris Johnson (Elkins)– Once again he’s continuing to raise his level of play. Everything for this kid is between the ears. Mentally he’s stronger and his game is reflecting that. Super upside, can be a star.

RJ Keene (Concordia Lutheran)- First time seeing him in a while, he was his normal tough, hard nosed, scoring self. The clear leader of his team, looking to make another state run.

Trey Miller (Concordia Lutheran)– Got to the rim, his body has improved. Hit tough shots over guys, made shots, including 3’s. Looks like he’s taking the steps to become a next level player.

Shane Bell (Elkins)– Hit some timely 3’s vs Legacy, you can tell he’s been working on his range. Always crashes the offensive glass hard. Played well both days.

Tyler Smith (Bush)– Played like the #1 player in the class should play. Showed his improved skill set, and after this weekend you can see why he’s viewed as one of the top prospects in America.

Brandon Love (Bush)– Rebounded the ball extremely well, finished through traffic, which is something he’s struggled with in the past. Has a very high ceiling, I loved his activity in the paint.

Ethan Yancy (Premier Academy)- He has really started to work harder on the defensive end of the floor. Looked great in transition as usual, and got to the rim for some fantastic finishes.

Jaylen Salsman (Cy Creek)– Shot the ball really well. Plays with pace, he was one of the surprise performers this weekend. He has a solid game. Did a little bit of everything for Cy Creek.

Gaston Elie (Memorial)– Watching Gaston play reminds of me when I get a fresh haircut.. The more I see it the better it looks. It seems as though he improves and shows a little more each outing. Makes shots, defends, rebounds, & guards. He has shown that he can play at the next level for sure.

Kaleb Pouncy (Atascocita)– Oozing with potential, had several nice blocks, ran the floor for layups. Just turned 16 years old. SCARY. He doesn’t know how good he can be, he can guard multiple positions on the floor.

Chris Felix (Westbury Christian)– One thing about Chris Felix is that he will always compete. Having to be the man and leader for his team, he’s built to have a great senior season. He got to his spots, rebounded the ball, was a leader.

Jackson Peakes (St. John’s)– Was aggressive getting to the rim. Got by his defender and finished in traffic. Of course he made shots, that’s what he does. I like the fact that he has taken ownership of his team and they will go as far as he can carry them.

Josh Farmer (Sharpstown)– The most talented kid in the city of Houston. He’s 6’8, can handle the ball, athletic, long and can score. There’s nothing he can’t do on a basketball court. I would love to see him compete on every play, and really work to be one of the top players in the country.

Dok Mourdar (Premier Academy)– ELITE shot blocker, and shot changer. He’s getting more comfortable facing the basket and hitting the 15ft jump shot. Making strides every day to be better, you can tell he’s been working on his game.