The 2022 TABC Showcase didn’t disappoint as 288 Texas HS basketball teams ascended on the campus of Duncanville HS and Duncanville Fieldhouse to put their talents on display for the 500+ college coaches in attendance. Here are some of the standouts on day one:

’24 5’11 G Sam Cole (PSAT)– One of the better defensive guards in the state of Texas. So quick, and athletic. Puts tremendous pressure on opposing players defensively. Also got in the lane & got big baskets for his team down the stretch of their 1st game.
‘23 6’5 Cam Woodberry (PSAT)– Continues to improve his playmaking and shot making. Is so much more comfortable playing with the ball in his hands. Is used a primary ball handler and his P&R reads are getting better. I expect his recruitment to pick up after his play this weekend. 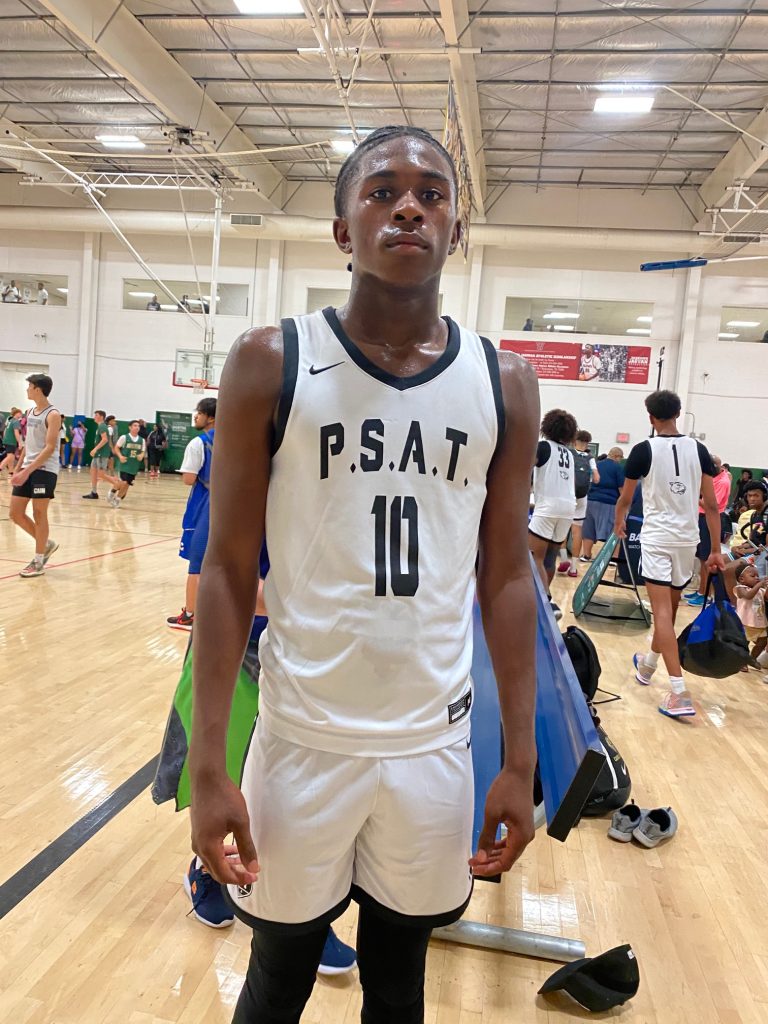 ‘23 6’7 MJ Thomas (Denton HS)– Played a lot of point forward, initiating offense, & being the primary ball handler for his team. Is a terror on the offensive glass. Played with a high motor and dominated in the mid post.
‘24 7’1 Trent Burns (PSAT)– Protected the rim with at least 4 blocked shots in his 1st game. Is starting to rebound the ball better too. One of the most intriguing prospects in the event because of his ability to knock down the 3 ball. 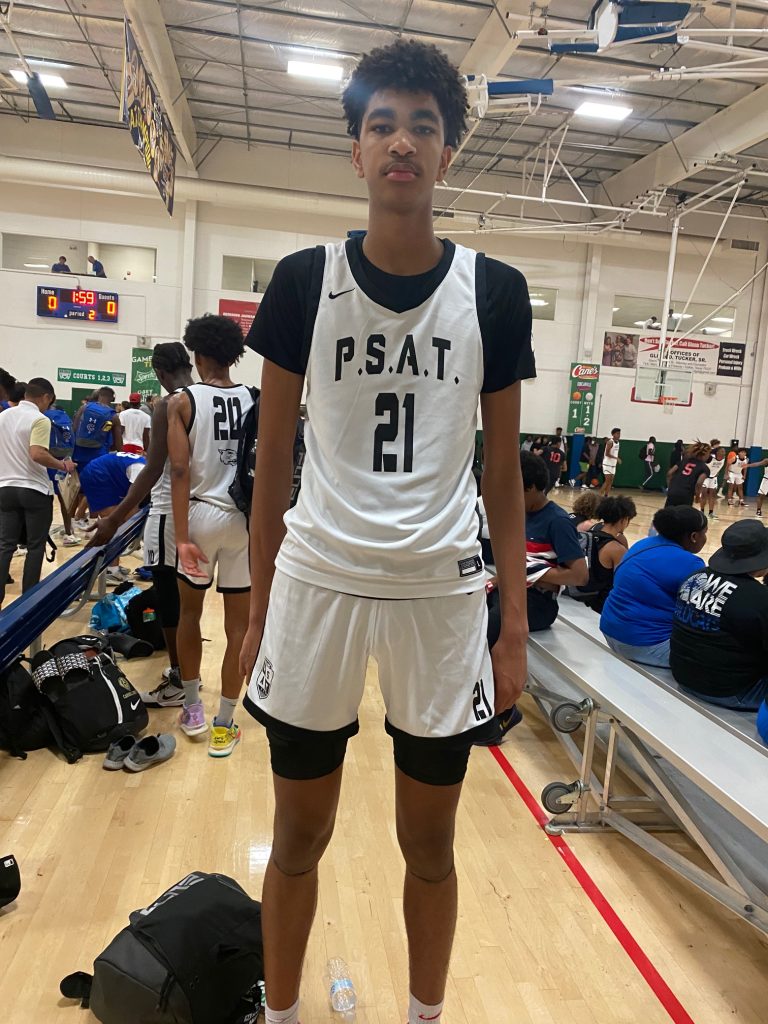 ‘23 6’7 Justin McBride (Plano HS)– Played like a man possessed. Was aggressive offensively & played with a purpose to show that he’s still one of those DUDES!
‘23 6’8 Ashton Hardaway (Duncanville HS)– One of the elite shooters in all of HS basketball, you’re almost surprised when his shot doesn’t go in. Has been working on attacking close outs and showed he’s starting to add being able to get to the rim to his game.
‘23 6’2 Fred Payne (Legacy School of Sports Sciences)– A bucket. Pure and simple. A tough shot maker. Played more of the scoring role on Friday than facilitator in the Duncanville game.
‘23 6’4 Corey Skillman (Legacy School of Sports Sciences)– Has the appropriate last name because his skill set is one of the things that stood out. Playing with his new teammates for the 1st time, you could tell he was trying to see where he fits in. Good shooter with range, used P&R well, and has a high IQ. Look forward to seeing him as the season progresses.
‘23 6’7 Malakye Cunningham (Legacy School of Sports Sciences)- Long range bomber. Has “walk in the gym” range. Also scored it well in the mid post. Showed he can be a “3&D” guy at the next level.
‘23 6’1 Aric Demings (Duncanville HS)– One thing about the culture of Duncanville is that it teaches you to be ready when it’s your time. And that’s exactly what Demings has done, poised, good decision/shot maker & and plays great on ball defense.
‘23 6’2 KJ Jefferson (Arlington Martin HS)– The Houston commit looks like he’s ready to get minutes into campus right now. Just a physically imposing, dominating performance vs Faith Family. He’s so good with or without the ball in his hands. Leader, winner, and tough as a cheap steak. Kelvin Sampson grew him in “his lab”.
‘23 6’4 Keylon Dorsey (Eisenhower HS)– Had a coming out party! Started off the event on Friday with a LOUD 40 point and 11 rebounds game vs Cleburne. College coaches asked me what position I thought he was.. My answer: “A PLAYER”! 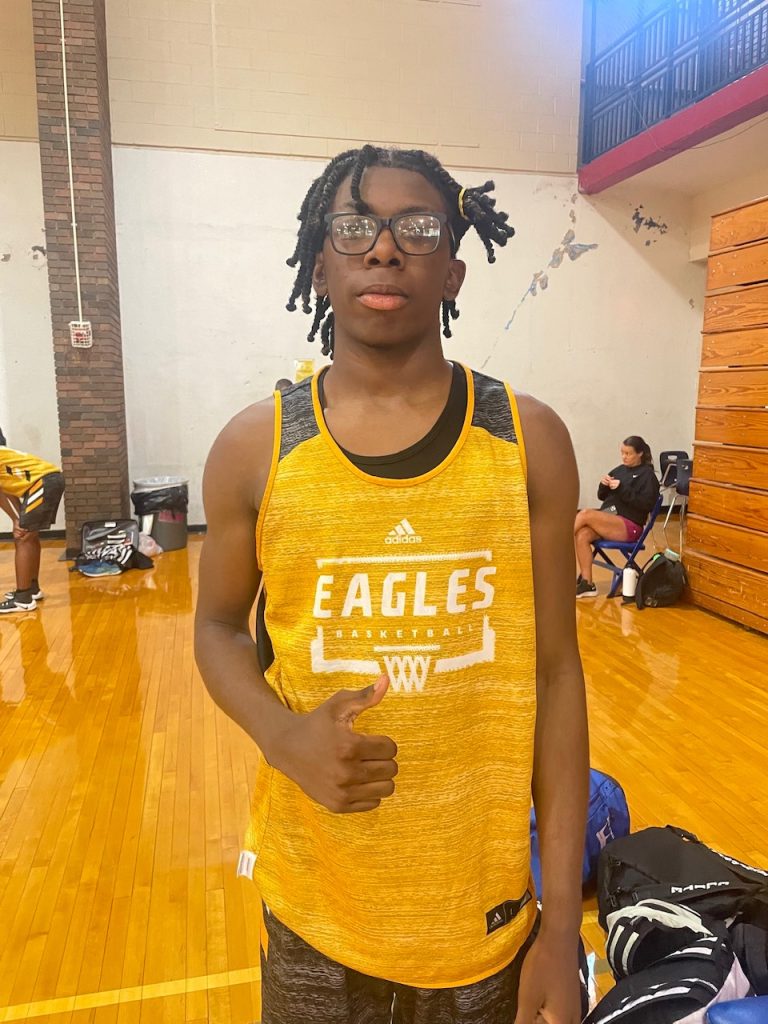 ‘23 6’2 Jacob Hudson (Concordia Lutheran HS)– Has been on a tear as of late. Athletic guard, who was great in transition and got plenty of paint touches. Scored at an extremely high clip. Loved the way he took pride defensively as well.
‘23 Jesse Fuller (Concordia Lutheran HS)– I’ve always said he’s one the best “Swiss Army Knife” players in the class of 2023 in Texas. Really does it all. Attacked the rim as usual for several nightlight finishes. Guarded 1-4 defensively.
‘23 6’2 Kaden Gumbs (San Marcos HS)– The Texas State commit is one of the best PG’s in the state of Texas. Crazy feel and ability to make reads. Improved shooter from 3 and is a leader on the floor.
‘23 6’3 Kam Burton (Legacy School of Sports Sciences)– Had an old-fashioned duel with Jayven Cofer of San Marcos in the last game of the night on Friday. Hit big shot after big shot. Shoots it with range very well, rebounds the ball at a high level for a guard, and takes pride in his defense. Had himself a big weekend. 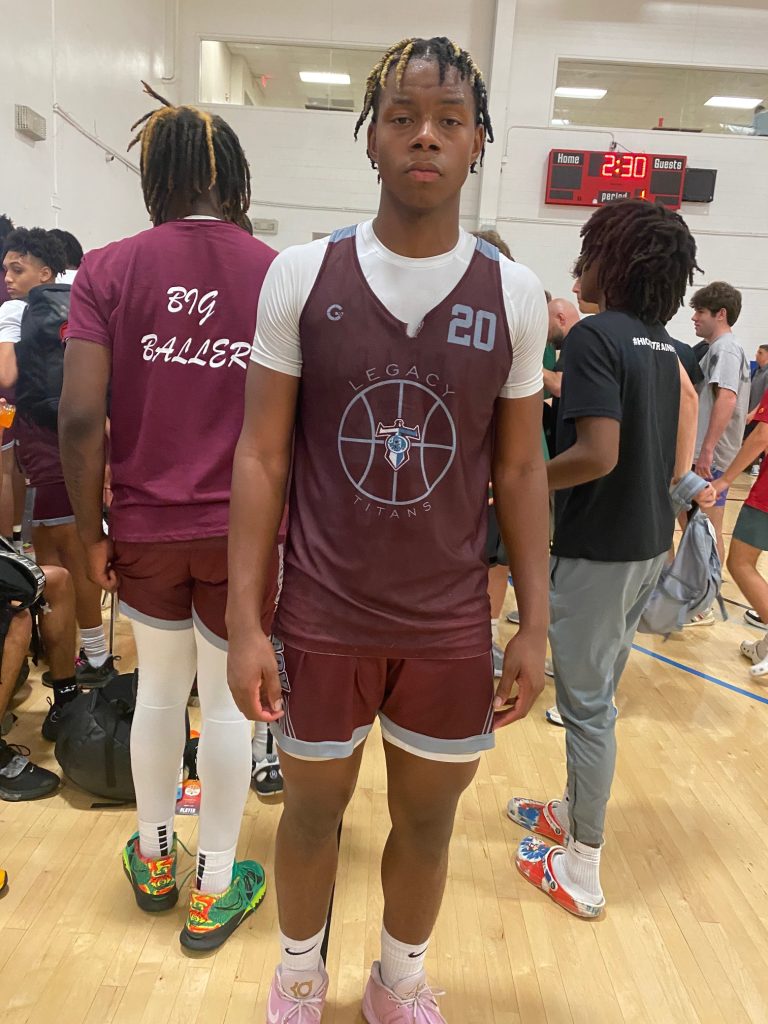 ‘23 6’2 Jayven Cofer (San Marcos HS)– Brings a level of toughness and swag to his team. Fearless competitor that can get anywhere he wants for his shot on the floor. He’s going to take this team to a different level. Went toe to toe with Kam Burton and Legacy in the last game of the night on Friday and scored the game winner. 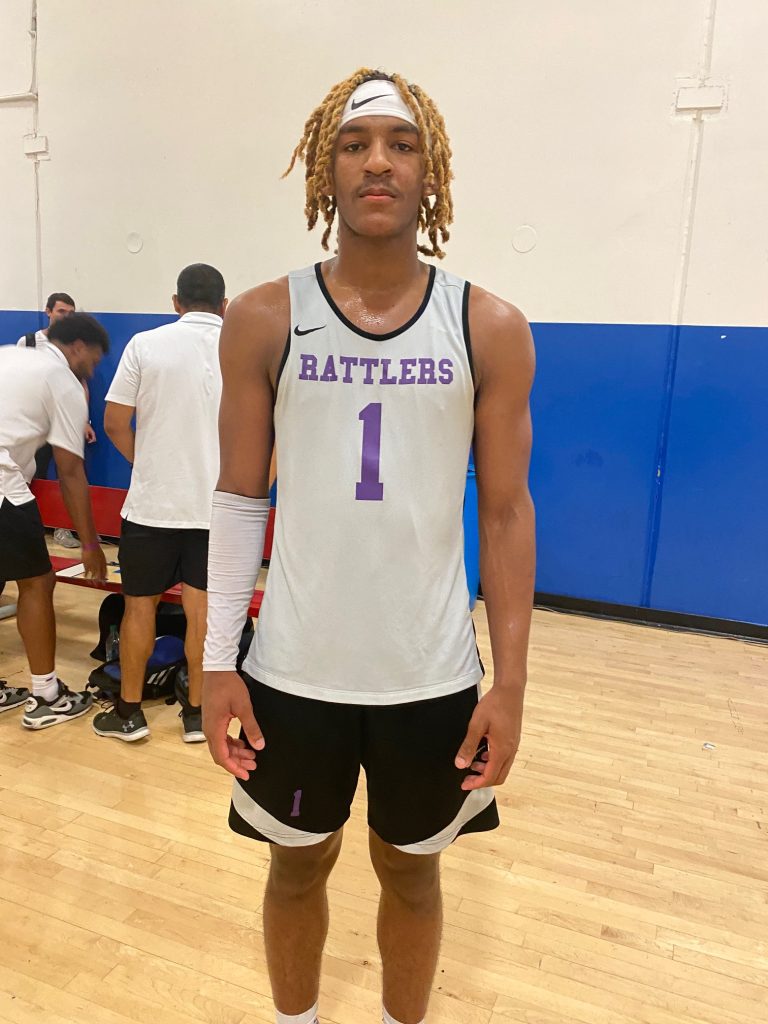