The state of Texas has been the talk of grassroots and High School basketball for almost two years. Now that grassroots season in back in swing, we highlighted the top ’22’s & ’23’s that stood out on both the Adidas and Under Armour circuits in Indianapolis this weekend.

’23 6’8 Isaiah Manning (Southern Assault)
Manning caught the attention of everyone in the building with his play. Has improved his body tremendously over a year’s span. He definitely looks the part of a power 5 forward. Rebounded the ball well in traffic. Also shot the ball well from 3. His play in session 1 of the 3SSB will have his rankings both state wide and nationally going through the roof. 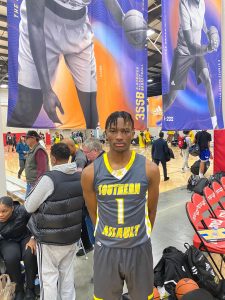 ‘23 6’4 Ja’Kobe Walter (Team Trae Young)
Hard to argue if there was a better player in the 3SSB 1st session. Made more shots than a bartender, including a 32 point onslaught on Sunday. Impacted the game in every facet. Leader. Winner. One of the top 25 prospects in America. 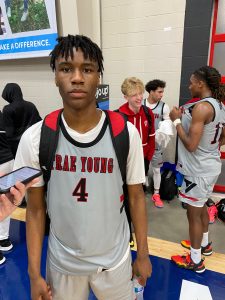 ‘23 6’8 Keanu Dawes (Texas Takeover)
Played the best I’ve seen him play all spring. Shot it well from 3, took advantage of mismatches, but the best thing I saw him do was rebound in traffic. Very talented kid, has some other good pieces around him so he doesn’t have to make EVERY play. Had Power 5 schools at every one of his games. 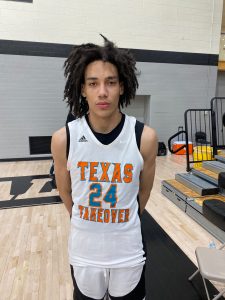 ‘23 6’3 Kam Burton (RL9)
Love how he’s been playing lately, with a big chip on his shoulder. Shot the ball with extreme confidence. Had a 20 point game where he knocked down four 3’s. Was very productive all weekend. Has taken the next step in his development, playing like one of the top players in the state.
‘23 6’5 Jamari McDowell (Houston Defenders)
One of the better players at the UAA event. Showed the full spectrum of his skill set. Thrived in transition, dominated his iso matchups. Really defended at a high level and rebounded above the rim. Several HM programs called about him on Saturday after his 21 and 19 point games. 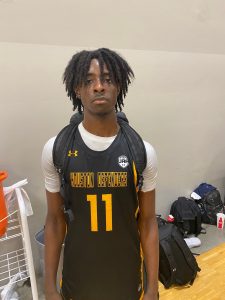 ‘23 6’6 Kaden Cooper (Team Trae Young)
Whew! Stock took off like a rocket this weekend. He played well when I saw him 2 weeks ago at the Circuit event. He took that performance to another level this weekend. His energy is contagious and infectious. His athleticism is off the charts. Scored in the half court and was fantastic on the glass and in transition. Showed Cason Wallace like ability. 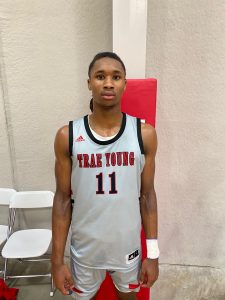 ‘23 6’5 Gabe Warren (Southern Assault)
Takes his lunch pail to work every game. Very similar to my Chevy Tahoe, he’s dependable, reliable, & still runs well even after you put a lot of miles on it. Every time I watch him play, I know he’s going to fill the stat sheet up. This weekend was no different. Took a couple of charges as well. He did whatever his team needed each game he played. 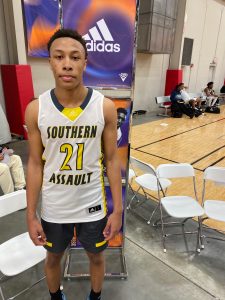 ‘22 6’7 Marcel Bryant (Team Trae Young)
I’m not sure how or why he’s still on the board but for whatever reason he is.. Great interior rebounder, his physical presence inside is immense despite only being 6’6-6’7. Scored on the block against bigger defenders. Long arms created a lot of tough shots and blocked several as well. 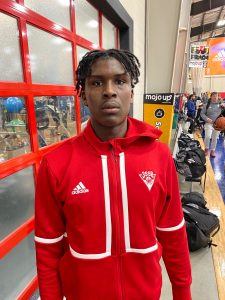 ‘23 6’3 Jacobe Johnson (Team Trae Young)
Dual sport athlete who shot the ball very well from 3. Puts a lot of pressure on the defense with his strong frame and the way he attacks the rim. Competitor on defense. 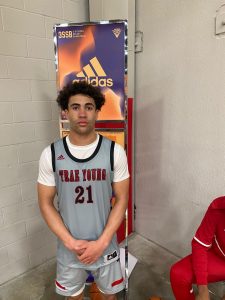 ‘23 6’2 Tyshawn Archie (Houston Defenders)
When he turned it on, he was hard to guard. Makes a lot of difficult shots. Really good at getting separation from longer defenders. Known for his scoring prowess, he also showed he can make the proper reads, finishing with both a 7 & 8 assist game. 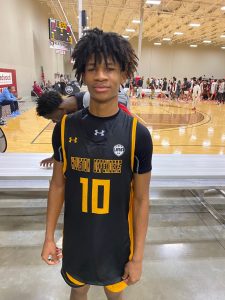 ‘23 6’8 Jake Pike (Houston Defenders)
Pike finished the event with a 19 point performance, capping off a really good weekend for him. Showed an improved level of toughness the way he rebounded in the paint. Also knocked down several 3’s and was a secondary ball handler offensively. Very intriguing prospect.
‘23 6’3 Jacob Hudson (RL9)
Lefty combo guard is one of the best players in transition I saw all weekend. Competed on both ends at a high level. When he’s playing point, he finds teammates for easy baskets. When he’s off the ball, he’s in attack mode, getting downhill. Played with a renewed sense of urgency.
23’ 6’0 Ma’Syn Howell (RL9)
Kept his turnover down. Made shots off the bounce. Did a good job of finding teammates in transition as well. Bailed his team out several times at the end of the shot clock by making plays/shots.
‘23 6’6 Trealyn Porchia (Texas Takeover)
A MONSTER on the glass, especially on the offensive end. Never have to question his toughness or motor. Has a high basketball IQ. The enforcer that’s a perfect compliment to Dawes. Great finisher at the rim.
‘23 5’10 Orlando Horton Jr (Texas Takeover)
Few better in the half court at breaking down his man and making a play. Puts so pressure on the defense with his penetration and the way he attacks close outs. His pull up jumper was money as usual. Helped stablize the Texas Takeover back court.
‘23 6’4 Finley Bizjack (Southern Assault)
Showed he’s more than just a  shooter. His playmaking off of the catch was impressive. With his size and shot making ability, keeps the defense honest and spaces the floor. Got to the foul line a ton. High IQ.
‘23 6’6 Nazar Mahmoud (Southern Assault)
Took over the Mass Rivals game late down the stretch, making some big plays. Crafty scorer, playmaker, shot maker. With his size has the ability finish inside and isn’t afraid of the moment.
‘22 6’6 Abu Camara (Texas Takeover)
Athletic rim runner, finisher, who flourished in transition. High motor/energy guy. Our ran “traditional bigs” down the floor for easy dunks. 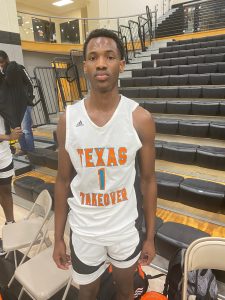