One of the better underclassmen at the UAA event. Knows when it’s his time to step up, and when he needs to be a playmaker for others. Understands time and score and plays with tremendous pace. Averaged 21, 6 assists and 6 rebounds for the weekend. Will be one of the top 60 rising juniors in the country. 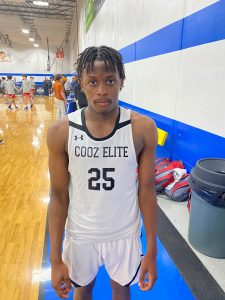 A top performer on the 3SSB 16’s platform. Knows how to score in a variety of ways. With his size and strength, he takes advantages of his mismatches. Can drive you, shoot it from 3, and loves the mid post. Will see his recruitment spike after his play this weekend. 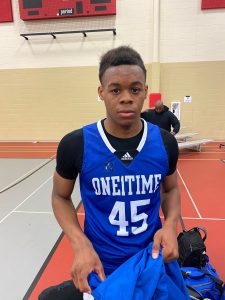 Was a force inside playing 17’s. Rebounded the ball outside of his area. Showed he can play with his back to the basket and used his physicality and athleticism to score on the block. Loved the way he catches from the perimeter and attacks the rim. Knocked down a few triples as well. 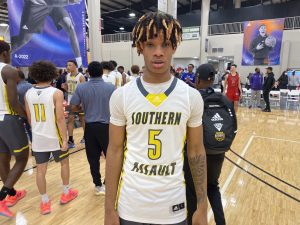 Tough, athletic lefty that has supreme upside. Very confident with the ball in his hands. Shot it well off the bounce and is a tough finisher in transition. Uses ball screens effectively, showed he could score in iso plays. Bright future for the young OKC native. 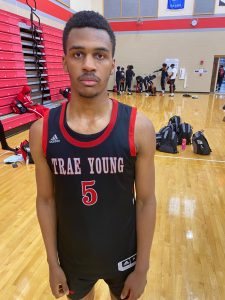 Helped lead his team to a 4-0 record over the weekend. Cerebral PG that showed poise well beyond his years. When he gets downhill, he keeps his head up and eyes on the rim when he’s finishing at the basket. A terror in P&R, understands each and every read. His paint touches gets his teammates easy looks for baskets.

Tough lefty playmaker that uses his strength to finish through contact. Uses ball screens really well and likes to iso defenders on the left wing. Very good at creating contact and drawing fouls. Has great vision, sees the floor well.

His motor always ran hot. Athletic offensive rebounder that had several tip dunks in traffic. Every time I looked up he seemed to be on the rim. Runs the floor extremely well. Plays with passion. Once he puts it all together, he’s going to be scary good. 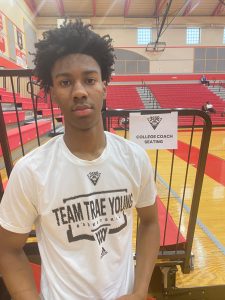 Super bouncy wing that will make at least one jaw dropping play. Shot the ball pretty well from the perimeter. Loves to attack baseline and get to his pull up jumper. One of the better transition finishers I saw all weekend. Averaged 17 points in 4 games. 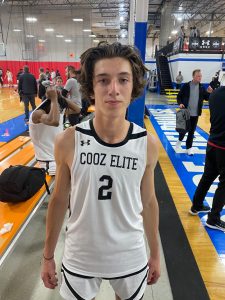 Very crafty big guard that uses his size to score inside. Played on the ball some this weekend and showed he has playmaking ability. Can guard multiple positions. Was the second leading scorer on his team. 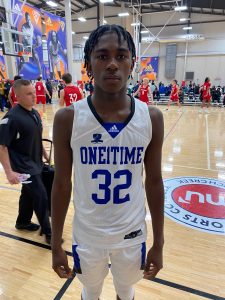 Has a flamethrower! The best shooter I saw all weekend in Indy. Really good frame and size. Doesn’t’ need much time or space to get his shot off. Had a huge weekend, including a 38 point explosion where he knocked down an event high eight 3’s. Was his team’s leading scorer.

Big, burly forward who likes to score with a variety of moves inside. Rebounds the ball aggressively and has a knack for loose balls. Also has nice a touch from 3.

Shot the ball extremely well from 3. Has a chance to be a really good scorer when he puts it together. Because of his shot making ability was able to attack close outs and get to the rim for lay ups. Loved how aggressive he was offensively.