The class of 2021 has gone through so much due to the pandemic of Covid-19, but  last night you couldn’t tell as they shined bright during the Christmas Crossover. Two quality games, four quality teams. The 1st game between Legacy School of Sports Sciences & TACA Storm (DFW) was a hard fought one, and Houston Christian vs Premier Academy was a barn burner!

Legacy School, coming off a 13 day stretch in which they played the #7, #11, and #2 ranked team in the country, came into the event looking to get back to their winning ways. McNeese State signee Johnathan Massie got it going early and often, including several big time dunks, that had the crowd going crazy. He finished with a team high 18 points, going 7-10 from the field. 6’7 Prairie View signee Brian Myles was a spark off the bench, as he was a perfect 5-5 from the floor, scoring 13 points in 15 minutes of action. Coach Pj Couisnard was happy to get his kids back in the win the column. “When you play the schedule we’ve played up until this point, and with some of the outcomes we’ve had, some people’s spirits would be down. But I’m in a great place mentally, and I let my kids & their parents know that this is what happens when you’re building something great! This was a good win for us over a good team, and I’m happy for my guys.” 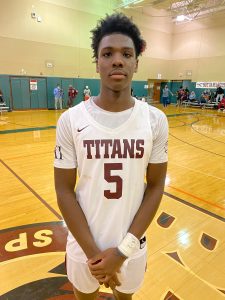 TACA Storm made the trip from Dallas, and I was thoroughly impressed with 6’7 junior Robert Jennings. His team fed off of his energy all night. He has an uncanny motor, extremely physical and athletic, and you can tell that he’s been putting in work in the gym to improve his skill set. He had a game high 22 points and 13 rebounds, including 4 offensively. I’ll be definitely tracking his progress over the next 6 months. Sniper Braylon Smith scored 12 points, knocking down three 3’s in the contest. I can’t wait to see both of these teams December 29th-30th in the Holiday Showdown.

The second game of the night was well worth admission as #8 Houston Christian took on #13 Premier Academy in a 83-79 thriller. I was impressed with the way both teams competed in this game, Houston Christian jumped up early in this game 24-14 behind Noah Kon’s 11 1st quarter points. He was in attack mode all night. 7′ Dok Muordar made is presence felt early for Premier as was well going 3-3 from the field in the period. In the second quarter, Premier’s Ethan Yancy and HC’s Nathan Self had an old fashioned shootout, both getting hot for their teams and scoring 8 points a piece, going for shot for shot. HC would take a 38-33 lead heading into the half. In the 3rd quarter things got a little heated between the fans, and the players on the court as 3 technical fouls were awarded, and Yancy and Self continued to stay hot. Muordar also dominated inside helping Premier cut the HC lead, to tie the game at 60 after 3. A seesaw 4th quarter is when HC’s Elijah Lawrence came up big for his team knocking down timely free throws and pushing the pace in transition. Kon and Yancy really put on a show as well in the 4th, scoring 12 and 8 respectfully, both making big time shots that had the crowd on edge. Houston Christian executed down the stretch of this game to seal the victory. One thing about the HC coaching staff is that they have been in big games before & they will always have their team prepared for the fight.

The senior guards in this game were huge, Noah Kon led all scorers with 33 points, he grabbed 6 boards, and dished out 5 assists. I’ve probably seen him play literally 100 times and this one of the best games he’s ever played. Elijah Bernstein was incredible for HC as well, especially in the 2nd half with his decision making and clutch free throws. He scored 14 points, including 8-8 from the line, and had 5 assists. Sharp shooting Nathan Self went 4-9 from 3, scoring 18 points.

Ethan Yancy was really good for Premier, he’s talented and he’s been consistently better this season, mentally, emotionally and with his play. He paced Premier with 32 points, going 12-14 from the free throw line. Junior big man 7′ Dok Muordar used his length to keep his team in this game, he went 11-13 from the floor, scoring 25 points and grabbing a game high 15 boards, including seven offensive, and also had 3 blocks. 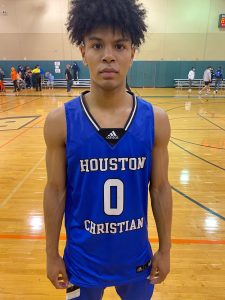