I stopped by the Wooten Camp yesterday in Dallas to see some of the top prospects in the country. When I walked in I was impressed with the talent that was assembled on both sides. Also some of the top evaluators in the country were on hand. Here are of some of my thoughts on the players that I was able to get my eyes on.

2023 6’9 Tyler Smith (Bush HS)– Showed his skill set, which included his improved passing. Played really well in the 3X3, also blocked shots inside. Showed he could defend smaller guards on the P&R switch. Seeing his growth in leadership, as he was talking defensively on each possession.

2022 6’7 Isaiah Barganier (Fulshear HS)- One of 3 greater Houston prospects at the camp. Was solid, had a hard time getting going due to lack of touches. When he did get the ball, he was efficient. Is starting to rebound the ball better, which is something he’s been working on.

2021 6’11 Jonas Aidoo (Liberty Heights Athletic Institue, NC)– There’s much adieu about Aidoo! A PROBLEM! Long, athletic can run the floor. Finishes over the top and has soft hands as well as a soft touch near the basket. ELITE Shot blocker. Hard to see him not being in the top 50 players in the country in his class. 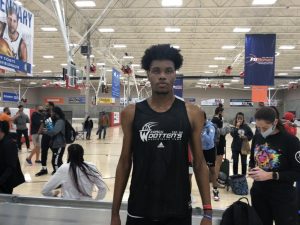 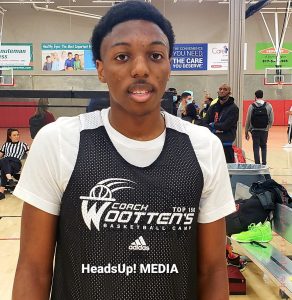 2023 6’3 RJ Jones (Braswell HS)– Fresh off of a TCU offer, young Jones did his thing. In a match up vs Wade Taylor’s team he jumped out early with 7 points and 2 assists in the 1st 3 minutes. GREAT in P&R, has a very calm, cool presence on the floor. Shot the ball extremely well. A top 10 player in the state in his class. 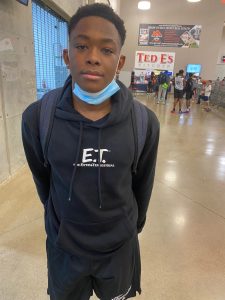 2023 6’4 Drew Steffe (Frisco Memorial HS)– Shot the leather off of the ball, one of the more polished kids at camp. When guys tried to run him off of the line, he hit his pull up J’s.

2022 6’9 Lee Dort (Greenhill HS)– A GROWN ASS MAN DAWG! Anytime he got a chance to punish the rim he did. Physical specimen who controlled the glass. Back to the basket game is improving.

2023 6’3 Ja’Kobe Walter (McKinney HS)- I like his game, really smooth, athletic, made some shots. Goes to glass every trip up the floor. Very high ceiling.

2021 6’5 Trey Alexander (Heritage Hall HS, OKC)– Got busy his last game. Attacked the rim, got to his spots and hit his pullup. Showed good range on his long ball. He commanded the ball and was really good offensively.

2021 5’11 Tyrese Hunter (St. Catherines, WI)– Iowa State commit with an elite burst. Got to the cup with his quickness and athleticism, got hot from 3 in one game I watched, knocking down 3 in a row. Was paired with Wade Taylor, which made an unbelievable backcourt. 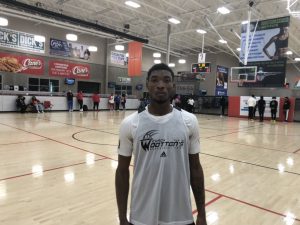 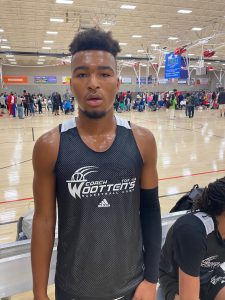 2022 6’11 Malique Ewing (Berkmar HS, GA)- Long, athletic shot blocker that dunks everything near the basket. Runs the court like a gazelle, has a lot of Jarrett Allen in him. Big time junior prospect.

2021 6’6 KJ Adams (Austin Westlake HS)– I didn’t get to see him play in a game but I saw the “King of the Hill” competition where he just destroyed everyone. Used his strength to bully smaller players, and showed his range when guys his size or bigger tried to guard him. Made it look like child’s play.