This weekend was packed with plenty of big time games and players from tournaments across the city. Here’s an overview of what I observed; I started the day at the Fort Bend tournament with a match up of  La Marque Vs Dulles, the La Marque Cougars were without their best player Junior Guard Jordan Ivy Curry, however in his absence Junior Jeremy Arvie stepped up with a valiant performance. The Dulles Vikings were led by Junior Guard Jemarcus Holt who had an exceptional game leading with 20 plus points. Sophomore Jared Wilson also contributed with a number of heady plays down the stretch, in securing the Vikings with their 61 to 53 point win.

The next game on the slate was Fort Bend Austin Vs Clear Springs. The Clear Springs Chargers Senior Forward Kyle Burt went on a absolute tear. He put on a great performance from inside and out, with a flurry of dunks and three’s, which led the Chargers to a decisive win.

The highly anticipated match up between La Marque’s junior Guard Jordan Ivy Curry and Spring Woods’ UTEP (University of Texas El Paso) commit, senior Guard Jesse Zarzuela, was cut short after Curry took a hard fall. The Spring Woods Tigers were led by the “three amigos” Jesse Zarzuela, Darian Gibson, and Nico Hardin as they cruised to a 44 to 36 win over the La Marque Cougars.

As the evening approached, I witnessed the opening of The Cy-Hoops Invitational.  The first game of the evening was an up and down affair between the Dekaney Wildcats and the Cy Lakes Spartans, it was a three point game entering the fourth quarter, until Junior Guard Khaliq Mateen who scored 32 points and Junior Guard Kevin Mars who scored 24 points took over the game. They Led the Spartans to a 83 to 64 win. Dekaney Senior Post Noah Smith scored 18 points in defeat.

In gym two, the Eisenhower Eagles were too much for the Cy Falls Golden Eagles as Ike prevailed 64 to 42. They were led by the guard trio of the Redus twins and Patrick Punch, and the post tandem of Matthew Barber and Faybeyon Shelton.

Fridays games began with a match up between the Northshore Mustangs and the Dickinson Gators in the beautiful Berry Center. The Mustangs were paced by junior Guard Joshua Cooper and senior Post Jalen Means, I was very impressed at how the Mustangs executed in the half court. The Gators were led by junior Guard Tramon Mark, but the glaring absence of junior Guard Deuce Guidry was too much to overcome as the Mustangs pulled away with a 51 to 44 victory.

Game two pitted the Eisenhower Eagles against the Cy Lakes Spartans. It was a back and forth game early as Khaliq Mateen scored 13 in the first quarter, but the Eagles once again led by the Redus twins who combined for 46 point, erased the late defecate to win 71 to 63. Patrick Punch (Eagles) scored 10 in the win, Kahliq Mateen (Spartans) scored 23, and Senior Guard Robert Marble (Spartans) scored 14 in defeat.

Next up was the Lancaster Tigers Vs the Cy Fair Bobcats. This game was a contrast of styles as the Tigers were led by the perimeter guard play of Junior Guard Mike Miles, Sophomore Guard Wade Taylor, and Junior Guard Marco Foster. The Bobcats were led by the inside presence of Senior Post Zach Iyeyemi, who was a load to handle all night. Foster led all scorers with 22 points, as the Tigers cruised to a 82 to 47 win over the Bobcats.

Matchup four was a game between the Nortshore Mustangs and the Waxahachie Running Indians. It was a tough back and forth affair with only a few points separating both teams in the final quarter. Junior Forward Randy Woodards emphatic dunk sealed the deal for the Mustangs in a 56 to 48 victory. Senior Guard Kj Smith (Mustangs) led all scorers with 22. Waxahachie was led in scoring by Sophomore Guard Cj Noland and Senior Guard Da’Mariae Watkins who both scored 12 in defeat.

Due to inclement weather the last game of the day was the Spring Lions Vs the Port Arthur Memorial Titans, they must have saved the best for last. This was a heavyweight match up led by Port Arthur’s Junior Post Nathan Clover, versatile inside outside threat Junior Forward Kenneth Lofton Jr., and the hot shooting of Senior Guard Kenneth Washington. Versus Spring’s balanced attack of guards led by Senior Scorer Keionte Cornelius, do it all Senior Guard Christyon Eugene, and ever emerging Senior Guard Torreon Bergeron. Lofton was a man amongst boys as he racked up a huge double double with 18 points and 18 rebounds, Clover also had a double double with 13 points and 10 rebounds, and Washington paced the Titans with his hot shooting going 4 for 6 from the three point line finishing with 12 points. Spring’s Cornelius scored on all three levels to lead the Lions with 25 points, Eugene was his usual stat stuffing self as he gathered 15 points, 12 rebounds,  8 assists, 4 steals, and 3 blocks, and Bergeron continued to pick up steam as he  chipped in 18 points going 8 for 8 from the free throw line. In the end Memorials height and Springs costly misses at the free throw line in overtime led to a 71 to 68 win for the Titans.

Saturday saw the make up game of HISDs district matchup between the Madison Marlins and the Waltrip Rams. The Marlins were too much for the Rams as the game got out of hand by half time with a score of 57 to 22. Madison finished strong with a 95 to 40 Victory. Senior Guard Zion Edwards led all scorers with 27 points and Junior Post Tim Moore Jr. had 26 points and 6 rebounds with a couple of rim rattling dunks. What a way to open up district play! 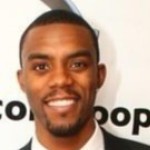