I always enjoy watching young kids develop over time. I saw plenty of talent at the RYTES Warriors Winter Slam event, & I wanted to cover the 13U and 14U games. There were several good programs participating, TJ Ford, Hoop City, Rytes Warriors, Gametime Tigers, Houston Flight, Cu Fair Kings, Houston Sonics, and HHBC DJ just to name a few. The Gametime Tigers won the 13U championship, and Houston Elite won the 14U championship. Here were a few of the standouts.

2024 5’11 Zion Pipkin (Wells MS)– I heard about him before the John Lucas camp a few weeks ago, but I hadn’t laid any eyes on him. What he showed me on Sunday was that he was the best player at this Winter Slam event. Highlighted by the 42 points he scored vs Hoop City in the semifinals. Scored any and every way possible for  his Houston Flight team, put on an unbelievable performance of 30 points in a 10 point loss to Gametime Tigers in the championship. 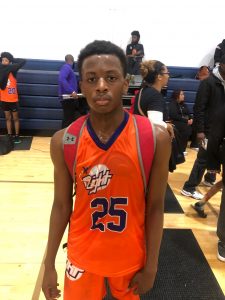 2024 6’3 2024 Jakeel Registe-(Woodcreek MS)- is a problem! Super skilled, athletic guard finished 17 points, 12 assists and 7 rebounds one game, and 19 points and 11 rebounds the other game I saw him. Really talented kid, has a huge ceiling. 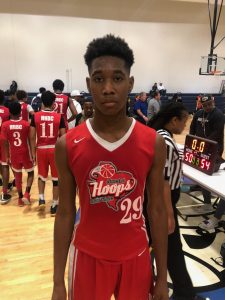 2023 6’3 Santana Solano (Missouri City MS)- Has been known for having an elite jump shot with range, but this weekend showed he has an above average handle, and can score off the dribble. Very skilled offensively, has the tools to be a great 2 way player. Would like to see him lock in more defensively. 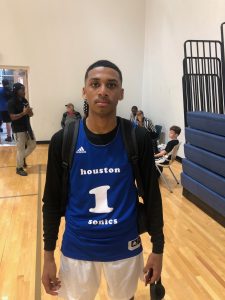 2025 PG Jaden Holt- Has the demeanor of a 2-3 year high school letterman. Doesn’t get too up or too down, makes ALL the plays.. scored 25 points playing up against 8th graders. I love his feel, and his competitive nature. I always forget he’s only in the 6th grade, because of his high basketball IQ. 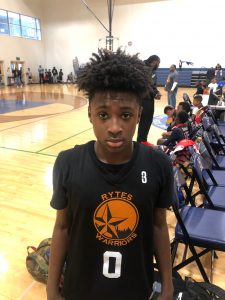 2023 5’11 Paul Dual (Hodges Bend MS)- I’ve been watching this kid grow up for 4 years now. Has always been exceptional in the passing lanes with his long arms and quick hands. He’s become a really good ball handler and shooter over the last 16 months. Helped his team with the 8th grade championship with his play. Arguably the MVP of the event in his division. 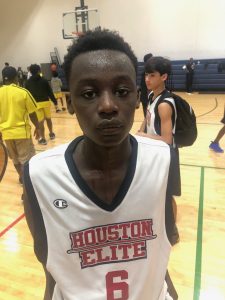 2024 Jae’Coby Osborne (Lake Olympia MS)– Long, athletic kid who challenges EVERYTHING at the rim. Very good offensive rebounder, finishes well in traffic. Had at least 6 blocks in both games I saw him. Love his energy. 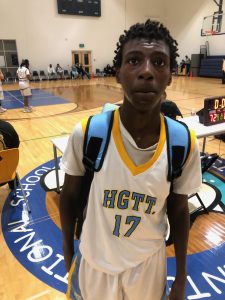 2024 Keon Simpson (Attucks MS)– Big, athletic inside scorer. Runs the floor like a gazelle. Scored 21 points in the semifinals, and grabbed 10 rebounds. Helped his Game Time team win the 13U championship. 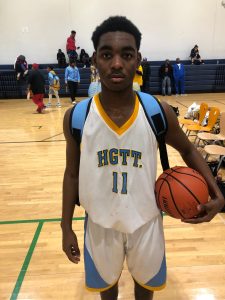 2024 Deontwon Perry (Bailey MS)– Another great athlete who loves defending. Picks up 94′, plays great help defense, and can guard any position on the floor. Another kid who has a high motor. Attacks the basket really hard, and scored the ball well. 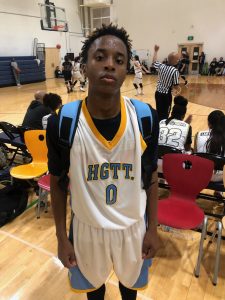 2023 Ronyo Obou (Hodges Bend MS)– I call him the “Slim Reaper”, long, skinny play maker who scores at every level. Helped his team erase a 20 deficit in the quarterfinals, scoring 12 straight points and assisted on 6 points in a 20-1 run. Shot it well from 3, and didn’t have any turnovers despite plenty of pressure. 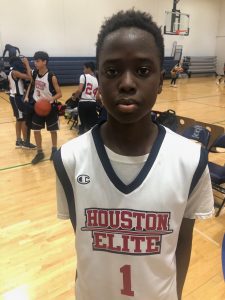 2024 Bryce Mathews– Big, young guard who can handle, pass, and shoot it at a high level. Has really grown into the position of a lead guard. Understands how to play, and how to create for others. Very unselfish, scored 17 points, and 10 assists in the semifinal game for his Hoop City team vs Houston Flight. 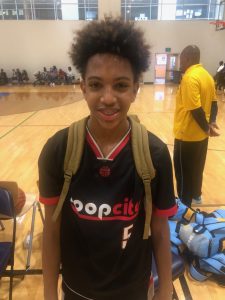