6-1 PG (TCL Cedar Hill) TJ Burch (c/o23) has D1s in pursuit. Burch showed that he still has the basketball on a string as he could self-create the 3PT shot rapidly..or find a bucket in the paint with an acrobatic lay-in. On drives Burch made precise and creative passes to the wings.

6-8 F (Crandall) Taha Javion (c/o24) was a show to watch as GASO paired him up with similar size. Javion displayed fluid movements down low, a skillful off-the-dribble game in the high-post, aggressiveness in the paint, and smart reads on his big-man defender.

5-11 PG (Royse City) Donovan Alexander (c/o22) dribbles with legit quickness, and is a high flier. Alexander navigated to the rim with ease, and blew by defenders in my time spent watching his team. Intriguing athlete.

6-0 PG (Wossman) Tyler Pleasant (c/o24) had the most energy in the gym in his 3rd game of the day. Pleasant showed his clear athleticism and quickness on drives to high-finishes, a unique pace, and patience vs defenders. Pleasant had 3 athletic blocks in the 2nd-half, and showed that he can hit the outside shot later in the game. Pleasant is a special talent with a dog mentality.

6-3 SG (Desoto Kingdom) Austin Centers (c/o25) was one of the only 25’s in this event.. definitely stood his own against older competition, and I look to track this underclassmen’s progress. Centers displayed a plethora of finishes..solid handle and mid-range pull. Centers dunked the ball in each game he played.

6-4 SG (WT Wyatt) Khadim Diongue (c/o24) is so fun to watch. Diongue displayed a crafty handle, good instincts and ball skills..made accurate passes, as well as in the half-court, and found gaps to get to his drive. Diongue has major confidence. He isn’t scared to pull it from outside..finished his final game with a few makes from deep. Diongue put solid pressure on offense at times.

5-11 PG (Lake Highlands) Quinton Perkins (c/o23) is a just coming off a playoff run with LH. Perkins showed his really quick and crafty handle, and made good decisions in the pick-and-roll. He surprised me with his leaping abilities on multiple blocks. Perkins moved by defenders with his dribbles and converted at the rim.

6-8 (Fort Worth Christian) Dillon Cubit (c/o22) scored it in many ways and protected the paint. He displayed a physical presence inside, converted on a high-rate of drives, and showed bounce. Defensive player of the year in TAPPS 5A. 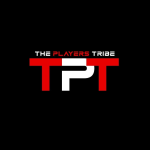