A really good game to start the shootout.  A back & forth tilt that went into overtime. It was Legacy’s 1st game ever as a program, & they competed really hard. Coached by former NBA player Ansu Sesay, the Titans came up short in OT 55-53. 6’8 Nate Lacewell finished with 14p/7r, & Andrew Green Jr finished with 17. Memorial has a very tough and disciplined team, each player has their role & they play it well. Ethan Taylor (2020), looked really comfortable playing the point and leading his team, vocally & with his play. 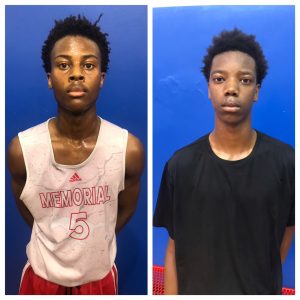 In a highly touted match up of 2021 PG’s, Crosby’s Kaleb Stewart, & Heights’ PJ Neal, this was a good early test for both teams. Neal was locked in from the start, playing tough defense and being aggressive offensively. He got in the lane and even knocked down a couple of 3’s. Stewart also played well, he definitely has to do a lot for his team to even be in the game, but I would have liked to see him go at Neal a little more. I was impressed with 6’6 sophomore Kolby Williams of the Heights, he rebounded, ran the court, & finished inside well. Crosby was missing a couple of kids because of football & you could tell they were lacking a little of their edge. Heights would get the 50-30 victory. 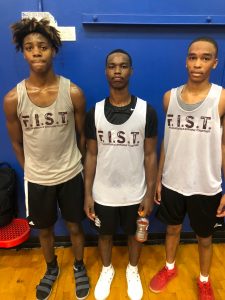 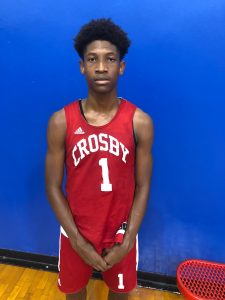 Two teams expecting to have a big year, this game had some really good shooting from the outside from both teams. Second Baptist got started with senior guards Uzo Dibiamaka, & Cameron Cohn both hitting consecutive 3’s. They carried their squad with Cohn scoring 24, & Uzo with 15. Junior forward Miles Goodman had a double double with 10p/11r. Spring was powered by their 2019 back court of Keionte Cornelius, & Christyon Euguene who combined to score 43 points & hit 7 3’s. They can score in a variety of ways, transition, half court, & in ISO situations. 6’6 sophomore Wade Autenreith may be the key to Spring’s success, he has a nice face up game and adds toughness & length. Spring won this game 67-58. 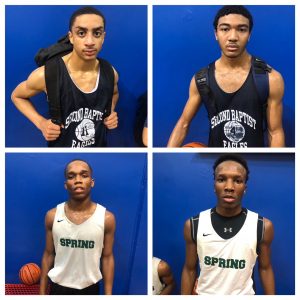 When you see Texas Christian walk in the gym, you’re impressed with their size. They have a few dudes who will make the “All Aiport Team”. Morton Ranch was without two of the areas best juniors, Eddie Lampkin, LJ Cryer, & still showed how deep they are. Texas Christian jumped out early with 2019 F Jordan Mays leading the way making tough shots, and getting the ball inside to the young bigs. In the 2nd half Morton Ranch got it going with 2019 Trey Eldrod making big play after big play. Morton Ranch scored six straight points in 12 seconds to tie the game, only to lose with a full court buzzer beating dunk by Texas Christian, 58-60. 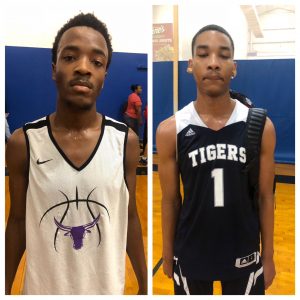 Our 1st look at CFLC was was a coming out party for a couple 2019’s from  New Orleans. 6’9 Chris Zarders & 5’11 Jarrin Hopkins, were outstanding, showing why once again coach Eugene “Sleep” Harris knows how to reload. Zarders runs the court like a gazelle & has a soft touch, while the uber athletic Hopkins is a pit bull on defense & big time point guard. 6’4 Larenz Williams was his usual high flying self, making several spectacular plays. Katy Select was a little undermanned but still competed to the end. 6’4 sophomore Braelon Edison, who’s a mini Draymond Green, led the way with 16 points. 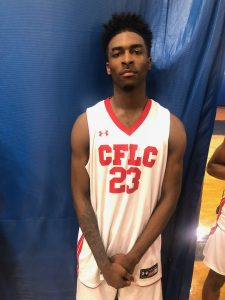