Every year the IMSC brings in talent from all over the country, and this year Ben Perkins of John Lucas Resources continued to deliver on this promise. With over 140 kids from 24 different states, there was no shortage of talent. From the early drills to the games, there were some kids who clearly wanted to separate themselves from the pack. There were several kids from NY Lighting, Houston Hoops and Team Griffin who were outstanding. Here’s Part 1 of my evaluation. 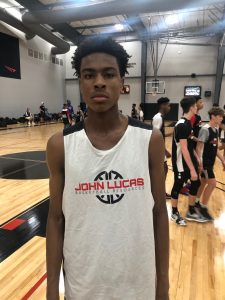 6’6 Mackenzie Mgbako (Gill St. Benard, Samerset, NJ)– Versatile, long scorer. At 6’6 already a perimeter player, who hit several 3’s, got to the rim, & played well beyond his years. Extremely talented prospect. One of the big time players on the NY Lightning 2023 contingent. 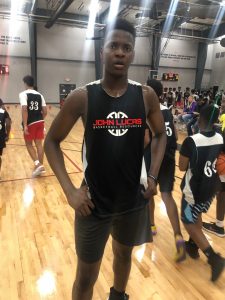 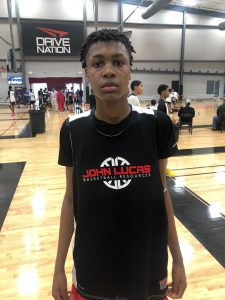 6’6 Tyler Smith (Hodges bend MS, Houston, TX)– Tremendous upside. Showed his improved handle, going coast to coast on multiple occasions. Initiated the offense, knocked down long jumpers, and scored inside. Was outstanding in 1v1 drill work. One of the top players in camp. 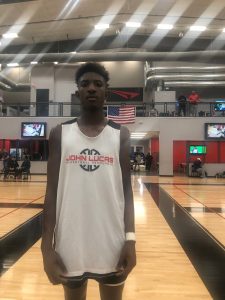 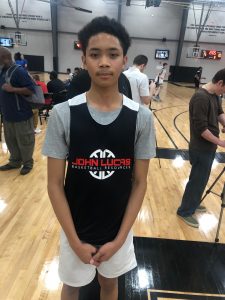 5’11 Jaland Lowe (Tanglewood MS, Houston, TX)– Facilitator supreme. Probably set the camp record in assists. Has a variety of moves off the dribble and fished with both hands in the paint. Really good lead guard. 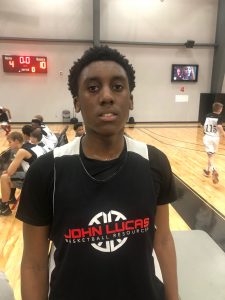 6’2 Diovion Famakinde (Our Savior of Lutheran, Brooklyn, NY)– Brooklyn was definitely in the house! Big time New York flair and style. Can get to any spot on the court with his elite handle. Tough, physical play maker, who can score any time he wants. Shut court 2 down with a thunderous dunk on Saturday evening. 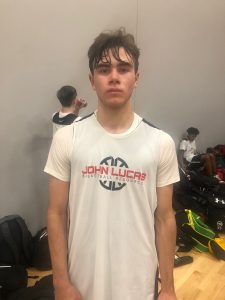 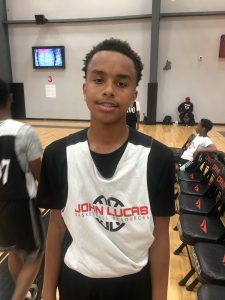 6’2 Karmello Branch (Turner/Bartels Middle School, Tampa FL)– Super athletic, physical guard. Broke down opponents and got to the basket for several big time dunks. Impressed with his ability to separate from defenders.

6’4 Christopher Lockett (Arthur Ashe Middle, New Orleans)– As smooth as the other side of the pillow. Can do what he wants with ease on the court. Has a high level of basketball understanding. Got to the rim, hit 3’s, and made the game easier for his teammates.

6’4 Jacolb Cole (Meyerland Middle School, Houston, TX)- Getting better and better. Continued to show an improved handle. Finished well in traffic, and showed he can be a play maker.

5’10 Jaylen Benard (Blair Smith Middle School, Cypress, TX)- Went head to head with Chris Lockett in the 1st game, going shot for shot. Showed his range from 3, and used his strong body to get to his pull up jumper. Played at a high level.

6’3 Drew Steffe (Frisco Memorial HS, Frisco, TX)- Everybody’s favorite shooter. Was on fire from 3, played on the ball & showed he can make plays for others and get to his spots. Got to the paint and dropped off several dimes with his improved handle. High IQ.