Every July Jim Hicks puts on what many consider to be one of the top non shoe circuit Live events in the country with his annual GMI. With over 70 college coaches in attendance, players had a chance to show and prove themselves over the 4 day span. Some of the notable performers were:

Was in his “bag” all weekend. Big time scorer, especially in transition, and was virtually unstoppable off the bounce. Scored on all 3 levels, showed his ability to make plays for others as well. Has improved his motor on the defensive end and has matured as a player. Recently de-commited from Texas A&M Corpus Christi, and at the time seemed like a head scratcher, but after the GMI he saw his recruitment sky rocket. Receiving offers from UC-Riverside, Sam Houston, and Louisiana Tech. Also has interest from TCU, & others. 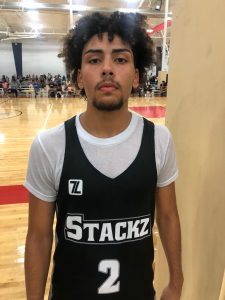 McDaniel seems to thrive off of being the under dog. Played with great poise, and always seems to be in attack mode. Did score the ball at will, including a 30 point explosion vs NXT Dynasty. Picked up full court defensively and is a tenacious defender, takes pride in guarding the opposing teams best ball handler. Recently received an offer from Loyola-New Orleans. 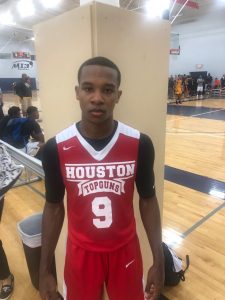 This was my 1st time seeing the kid that everyone has been raving about. I was impressed with his feel for the game and his ability to finish in traffic. Played really well vs a good Urban DFW team, and his match up with fellow 2019 PG Marcus Sasser. Seems to always get to his spots on the floor, & shot it really well from 3. His recruiting has been picking up lately, and he’s poised for a big rest of the live period. 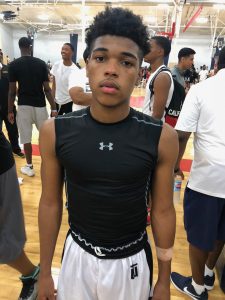 One of the more intriguing prospects in the 2020 class, Jones has catapulted himself in the top 5 conversation. Plays with a calm demeanor, competes, and never gives up on a play. Earlier in the spring college coaches wondered if he could initiate offense and make plays for others, he’s seemed to have checked both of those boxes. Shot the ball well from 3, and always finishes with around 6 rebounds per game. 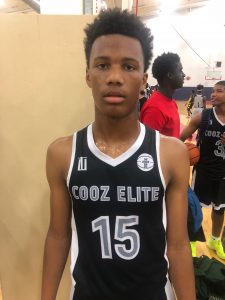 It’s hard to the miss the long, gangly Colbert whever he’s on the floor. Changes the game more on the defensive end right now due his good timing and athleticism. Has made a program switch & will be suiting up for Mo Taylor the rest of July. Didn’t get the ball as much this weekend, but when he got it was effective attacking the basket from the mid post. Showed soft touch from 17 feet and in, making several mid range jumpers. Had Texas, TCU, Texas A&M & Texas Tech watching his every move over the weekend. 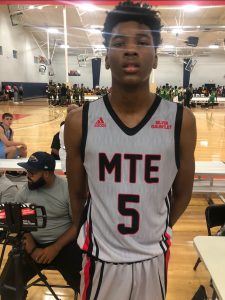 Other Notable top performers include:

2020 G Marcus Williams (Dickinson HS/Basketball University 16U)– Loved his athleticism, and ability to go get a bucket. Fearless at attacking the rim, and is a terror in transition. Will be interested to see how he does during the school year with an already crowded back court at Dickinson.

2020 F Nate Martin (Cy Creek HS/Texas PRO 17U)– Is starting to turn the corner, finally healthy and looked good this weekend. Interesting to see once he gets in better shape, made a couple of 3’s, showed & his versatility. Becoming a better rebounder and playing at a more physical level.

2019 G Christyon Eugene (Spring HS/BBall Nation)– Shoots the leather off of the ball. Plays with a motor, and has really good IQ. Can make shots under duress, had a big performance vs Stackz with 23 points, including four 3’s.

2019 G Karl Renoylds (Nimitz HS/Houston Nets)– Aggressive scoring guard who flies under the radar. Plays with a reckless abandon & makes plays all over the court. Really athletic players, does a little bit of everything for his team, rebounds, scores, & defends. Will be a “glue guy” at the next level.

Cooz Elite 16U– They have a cult like following, the kids get along, the parents, get along, and they win. For a team to have players like Braelon Bush, Jahari Long, Rubin Jones, D’Avian Houston & crew there isn’t a hint of selfishness, pouting, or backbiting out of this group. Everyone shares the ball, likes to play for the team, and they win games. They have the gauntlet this weekend at the GASO facing some of the states other best 16U teams.