This was a thriller, coming down to the last shot. Yates junior guard Antwon Norman played like a man possessed! He flew around the court, & every time you looked up, he was laying the ball in the basket in transition. He’s the alpha dog for Yates.  I was surprised how well Sam handled the Yates press, & didn’t turn the ball over as much I thought they would. 2019 forward Kevin Baker was huge for SH, finishing tough shots at the basket, & playing the enforcer role. TJ Mingo did a great job of settling the team down in the half court and Marlon Jackson & Chris Green knocked down some timely shots. None more timely than Jackson’s game winning layup at the buzzer! 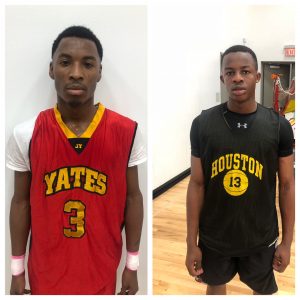 This was an all out blitz by KF, led by the two seniors Kharee McDaniel & Calvin Solomon. Klein Forest was 11-19 from 3, McDaniel hit five of the 3’s. Calvin Solomon is starting to assert himself more offensively, even posterizing one of the Bellaire players with a nasty dunk down the lane. Doug Young & AJ Ragland of Bellaire started off the game playing well, each attacking the KF one on one, with Young hitting pull ups, and Ragland getting to the hole. It was a little too much one & one though, as they seem to come down and go shot for shot, & every long rebound went to KF, leading to open 3’s in transition. 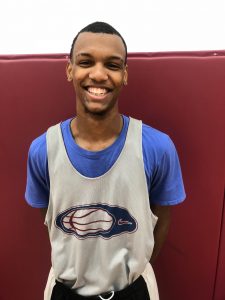 Morton Ranch started off slowly in this game and were without the services of 6’8 senior Marcus Stephens also. Despite missing 3 starters, they still competed & pushed CL to the final minutes of the game. Junior guard Westley Sellers, & senior Trey Elrod each took turns carrying the scoring load. Every time Morton Ranch would close the gap to 4-5 points, CL would hit a big 3, with Pierce Hellums & RJ Keene creating the play. CL also can stretch you out with all 5 guys on the floor who can shoot from the perimeter. Sam Denney was also big, playing strong inside and played the tough guy role. 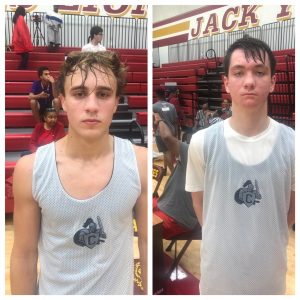 Atascocita “Deebo’d” CL from the start of this game. Dylan Smith completely neutralized 6’8 Montavious Murphy, getting in his head early in the game by picking up full court & pushing him off the block. He was a bully in the paint, grabbing big rebounds and finishing over the taller Murphy. Dylan Dawson pushed the pace, & found Nick Gazelas, who couldn’t miss miss, connecting on four 3’s. And was more impressive is that he also took 4 charges. Johnathan Massie and Joe Rollins were pest on defense causing several turnovers. CL looked a little tired & out of sorts this game, even Pierce Hellums, who’s usually a great finisher, couldn’t seem to make his normal layups. 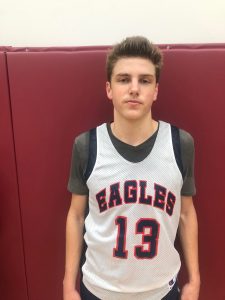 With Sahvir Wheeler in street clothes on the bench,  I wondered who would step up. Sophomores Noah Kon & Kobe Haynes shared the ball handling and play making duties, doing a good job against the defensive pressure of the Heights. In the half court they created and got the ball to Ty Archibald who got busy, finishing with a game high 16 points. I like his swag and he plays much bigger than 6’1. Heights sophomore PJ Neal kept them close by getting out in transition & getting easy baskets for himself and finding Tyler Simon inside. This team will compete with Sam Houston & Bellaire for the district championship. 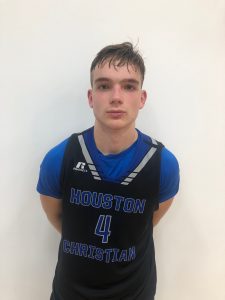 With both team playing their 4th game of the day, fatigue would definitely play a role, or so I thought.. Early in the game Joe Rollins, Dylan Dawson, & Nick Gazelas had it going, all 3 getting to their spots and attacking the basket for scores. They seemed to be unbothered by the Ike physical defense, until late in the 1st half when the Eagles started their run. The Redus twins are flat out bullies who mentally and physically wear you down. Their team feeds off of their energy and toughness, & the experience they have is invaluable. Everybody on the team knows their roles, & they play them well. Patrick Punch, Faybeon Shelton, & Matt Barber do all of the dirty work, rebounding, defending, and scoring inside. This team will make another run in region 6A region II.