The Best of Both Worlds was designed to have some of the top 30 kids in the class of 2021 & 2022. I was very impressed with how both classes performed. The ’22 class really got the event poppin with their energy, and the older class soon followed. Here are some of my thoughts on the 2021 performances.

6’4 Chris Wiseman (Langham Creek HS)– Starting to really progress, plays extremely hard. Is a tweener right now but knocked down some outside shots. Athletic, and is a really good rebounder. High motor. Interested to see if he can make the transition to the wing. 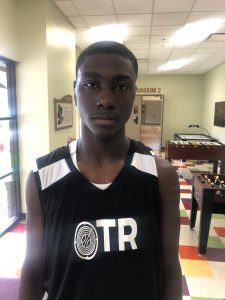 5’9 Carnal August (Marian HS)– Strong, quick guard with a heater! Can make shots off the bounce and the catch. Played the pick & roll well, made good reads out of it. Tough to go under on a screen with him because of his deep range. Competitor. 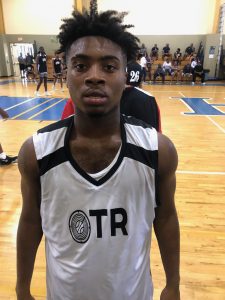 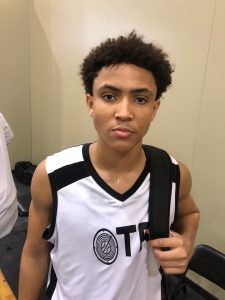 6’8 Ashton Smith (Nimitz HS)– Loved his activity! Grabbed several rebounds at the square, some big time tip dunks. Had a great individual match up vs JaVier Francis. Scored well on the block, great jump hook. In the race for the top big in the city in the ’21 class. 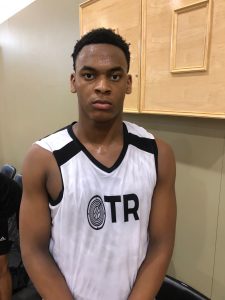 6’2 Javon Jackson (Summer Creek HS)– A PURE BUCKET. Really knows how to score, moves well without the ball, really good with it in his hands. Gets to the free throw line, an offensive weapon. The best scorer in the class. 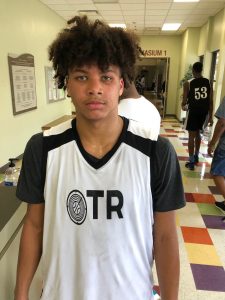 6’4 Ramon Walker (Shadow Creek HS)– Hard to argue with anyone who said he was the top player there. In every session, he dominated. Made outside shots, played waaaay above the rim, had the top play of the camp with a nasty dunk down down on the lane! Showed an improved handle, tough & he COMPETES. 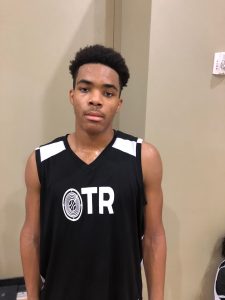 6’4 Reyce Allen (Summer Creek HS)– Turned a lot of heads with his activity. Was a TERROR on the glass. Gave his team second, third, & fourth opportunities. Scored inside & was taking his man off the dribble from the mid post and put his shoulder into his defender to take the bump and finish. 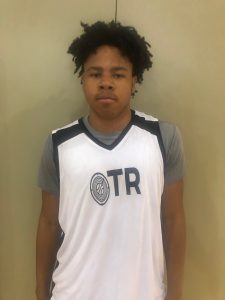 5’11 Elijah Lawrence (Belliare HS)– A pure PG, great vocal leader. Picks his spots, knows when to score and when to get others involved. The top PG in the class of 2021.

6’7 JaVier Francis (Westbury Christian HS)– Just found out he’s still 15 years old… Unbelievable upside, condor like wingspan. Blocked some shots, was really aggressive defensively. Fundamentally sound, would like to see be more demanding of the ball on the block.

6’2 Braylon Haynes (Cy Creek HS)– I won’t front, I didn’t pay much attention to him this past spring/summer. But the way he played at this event, I will be watching him closely this fall. Super competitor. Dove on the floor for loose balls, finished in traffic for and 1’s, & guarded the ball with intensity.

6’3 Patrick Punch (Eisenhower HS)– Was more of an alpha in #BOBW than when I saw him this summer. Attacked the rim hard, was aggressive offensively, and didn’t pass up open looks. If he can continue to play like this he will have a breakout HS season.

6’2 Jake Arnold (Katy Taylor HS)– Did what he does.. Make shots. High basketball IQ, reads screens well to get his shot off. One of the better shooters in the class, always have to find him in transition.

6’0 Zach Gonsoulin (Ridge Point HS)– Had a stretch in the event where it seemed like he wasn’t going to miss from 3. Made 5 deep threes in a row. Got to the basket and scored on a couple of crafty layups. Needs to improve his handle against more physical guards.