I know sometimes people get a little tired of hearing the same names over and over again in the media, well good thing for you guys that some players with little fanfare showed up on the big stage yesterday! Here are the OTR Exposure 1st and 2nd All-Hoopsgiving Classic teams.

MVP: Darian Gibson (Spring Woods, 2019)- Had one of his better big game performances of his career. The 4 year starter went 5-10 from 3, and was 9-16 overall from the field and finished with a game high 25 points. He answered the call yesterday, and had a few college coaches  inquiring about his big day. 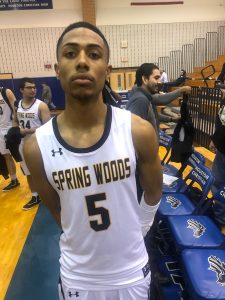 Zachary Harris (Bellaire, 2019)- NEW NAME ALERT!! Harris hit some timely baskets for Bellaire, and got them going offensively early in the 1st half with three big 3’s. He was the catalyst for the Cardinals attacking the Houston Christian defense off the dribble and creating plays. He also grabbed 10 big rebounds.

Tyron “PJ” Henry (Shadow Creek, 2019)- The “quiet maestro” really controlled the flow of the game. The one thing about him is he never gets too up or too down, and is usually under control. Found teammates Tre Lightener, and Akin Newton for easy baskets and open looks at 3. He’s also an extension of coach President on the floor. A 13 point, 8 assists, 7 rebounds, AND A ZERO turnover game from your PG is something to be thankful for. 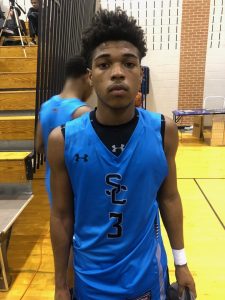 Cameron Cohn (Second Baptist, 2019)- Had the burner on HIGH yesterday! Hit four 3’s in the 1st half, finishing with 7 for the game. Any time he had daylight he was letting it fly. Broke the game wide open for Second Baptist in the 2nd quarter with his shooting. Is primed for a big year, also grabbed 6 boards. 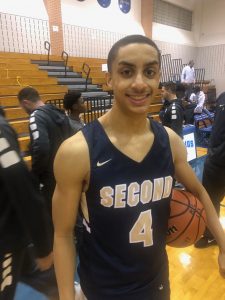 Patrick Punch (Eisenhower, 2021)- In order for Ike to win he has to play well every game. He needs to have games like this on a nightly basis if the Eagles want to make another playoff run. The 6’4 sophomore scored 17 points, mixed it up inside and played great defense. Was an efficient 6-11 from the field. 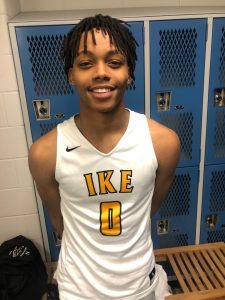 Chryston Eugene (Spring, 2019)- When people talk about the top  unsigned seniors in the city, his name is usually at the top of that list. The multifaceted guard, went 5-7 from 3, snatched 11 rebounds, and also had 5 assists, just another day at the office for Eugene. 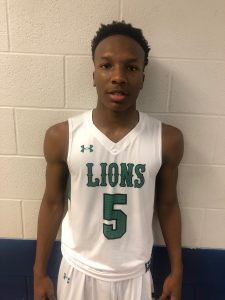 Uzo Dibiamaka (Second Baptist, 2019)- Was in the MVP conversation after 15 point, 10 assists and 1 turnover game. Also had the assignment of guarding 6’7 Keon Edwards full court. Attacked the lane and showed he can possibly be a distributor at the next level. Nice size and strength, is an intriguing prospect.

Jesse Zarzuela (Spring Woods, 2019)- Once again did his thing, showing why he’s top 5 in 2019. Played more of a facilitator role this game, with 16p, 7A, and 5 rebounds. Found Gibson and Nico Hardin inside for several great looks, and had a spurt where he took over and scored 8 straight points.

Jalen Jackson (SA Wagner, 2019)- Did everything for his team but drive the bus from San Antonio to Houston. Ultimate competitor, played tough defense on one end, then had to go run his team and score on the other end. Had to work for everything he got, 19 points, 5 assists, and 6 rebound performance in his last Hoopsgiving Classic. 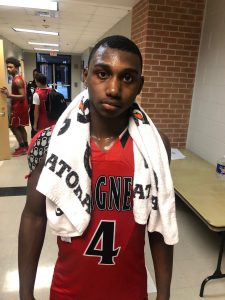 William Branch (Bellaire, 2019)- Athletic forward was all over the glass and had several tough, acrobatic finishes in the paint. High energy/motor player, that came up huge for the Cardinals down the stretch. 18 points and 9 rebounds, including 5 offensive boards.

Tom Hart (Atascocita, 2021)- NEW NAME ALERT!! The sophomore shooter came in the game and gave the Eagles a spark off of the bench, leading the team with 18 points, and knocking down all three of his 3’s, in only 12 minutes of play! Was the only double figure scorer on his team.

Anderson Kopp (St. Thomas, 2019)- Kopp was in a good match up with Chryston Eugene of Spring, taking the challenge head on. He mixed it up inside with 7 offensive rebounds, grabbing a total of 11 a well as a game high 27 points, going 10-26 from the field. 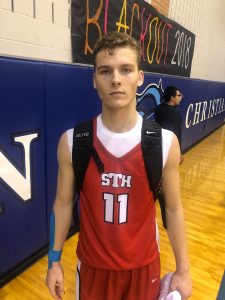 Elijah Elliott (St. Thomas, 2020)- I’m starting to appreciate his game, more and more. I’m a tough critic, and with his line of 18, 9, and 7, while playing the game, I can definitely appreciate this effort. Was in attack mode all game, and balanced getting everyone else involved, and scoring  really well. 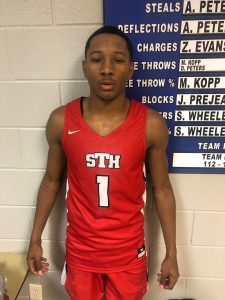