Last week GASO Hoops posted their 2023 rankings and coming in at No.28 is Koredelius Jefferson.

Jefferson so far as visited five school but is planning more in the near future.

“I’ve had a great time on all my recents visits, great energy and hospitality. Schools I’ve visited are TCU, Oral Roberts, Tulsa, UTA, and Texas A&M. There are more schools I’ve been in contact with setting up visits like Rice, Mississippi State who just offered, Ole Miss, and a couple of more schools.”

He breaks down each school:

Mississippi State: “Come in and fit the system as a combo guard to help the team win games.”

ORU: “I could be a primary ball handler, which i don’t have to be i can play off the ball also.”

UTA: “Feel like If my game keeps progressing I could come in and help the team out my first year coming in.”

TCU: “Over at TCU they call me the next Mike Miles. They’ve said they see similarities between the two of us in their program.” 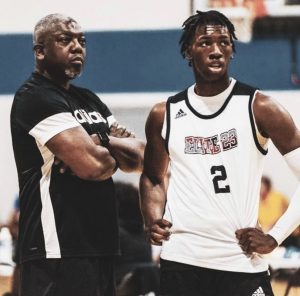 As Jefferson’s recruitment continues to takeoff, he has a few qualities he wants from programs that are recruiting him.

“I want a program to Develops not just me but the rest of my teammates to be the best version of ourselves. Family oriented, a winning culture, and wants me for me.”

The Bogue Chitto (MS) native is one of the best combo guards in state and has worked tirelessly on his decision making and leadership.

“Being more vocal as a leader first and foremost. Working on making good reads to get me and my teammates shots coming off ball screens which i’ve gotten a lot better at,” he said. “I’ve been blessed to be able to handle the ball well with my size and I spent a lot of time when I went through my injury working on my upper body getting a good frame to go with my height and go a long with my talents. Helps me fight through the contact that I take when getting to the rim as well as when I play against a great ball defender being strong just not with the ball but also when the game gets physical.” 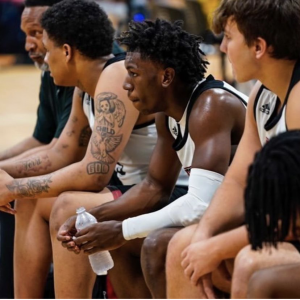 Being from a small town it is easy to be small minded or have a negative perspective on your future, but Jefferson wants to show that its not about where you’re from but where you’re going.

“I’ve overcame a lot. God took me through a couple injuries at a early age, I feel like to see how i would respond. Not only was it a life lesson it humbled me in a way that I love about myself. I grew up in a small town Bogue Chitto, Mississippi where many feel like it’s hard to make it out of and i just want to show that anything is possible.” 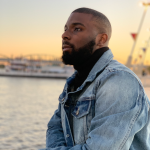