SPARTANBURG, SC– The second weekend of the Adidas Live Period event had a lot more “energy” than the 1st session! There were a lot of kids that seemed to have gotten comfortable and started playing with more of a rhythm. Here is a look at some of the standouts from this weekend.

Passes the eye test. Long, athletic and skilled. Love his ability to pass the ball and his IQ. Was used as a primary ball handler this weekend. He rebounded the well and defended quicker guards on the perimeter. One of the top prospects in the 3SSB event. 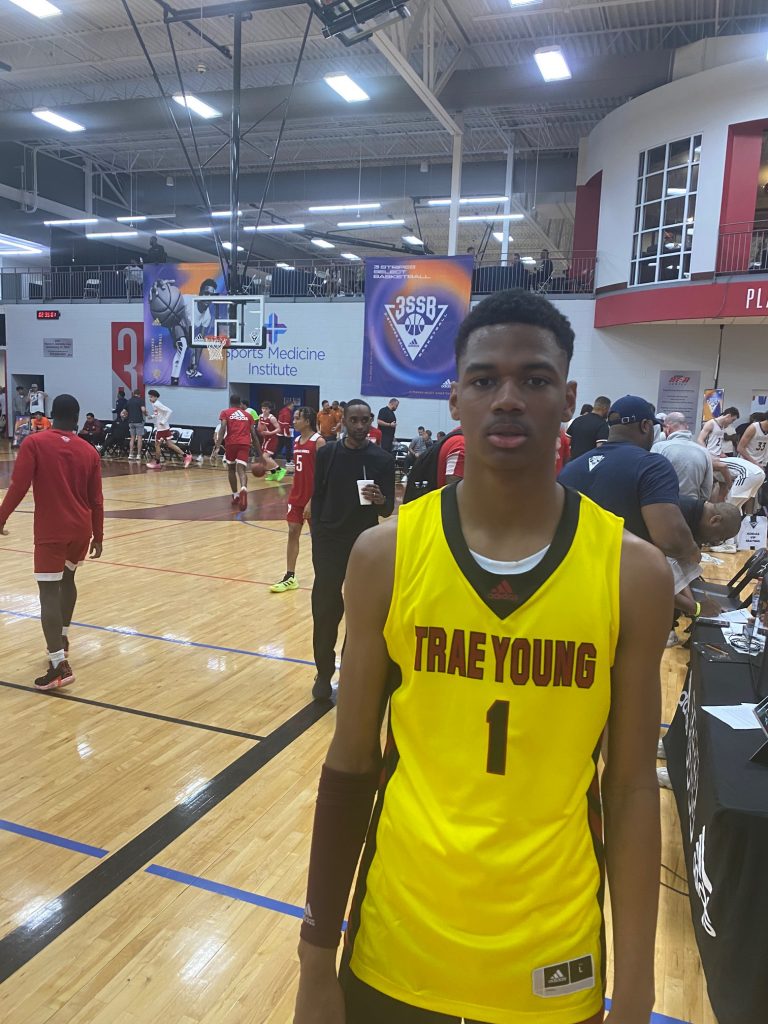 ‘24 G 6’8 Devon Pryor (PSAT) (One Time Legends 16’s)
Like Dink Pate, he looks the part. Long, lanky perimeter player who hit 3’s, showed athleticism, did everything at a high level. Plays PG and once he gets stronger, it’s a wrap. Has interests from Texas, SMU & Oregon after this weekend’s play. 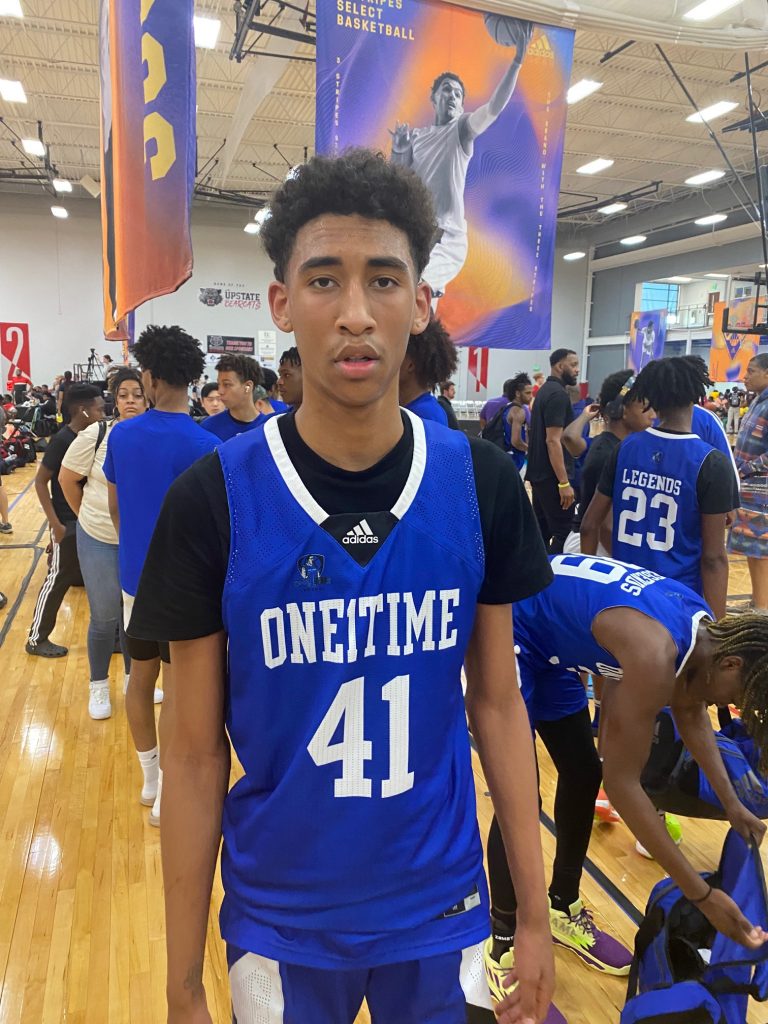 ‘23 G 6’3 Finley Bizjack (Byron Nelson HS) (Southern Assault)
Was hotter than the seatbelt buckle in the summer! Shot the ball extremely well this weekend. Dove on the floor for loose balls, showed his toughness & that he’s more than just a shooter. Several Conference USA, American and a couple of Big 12 schools were courtside at his games. 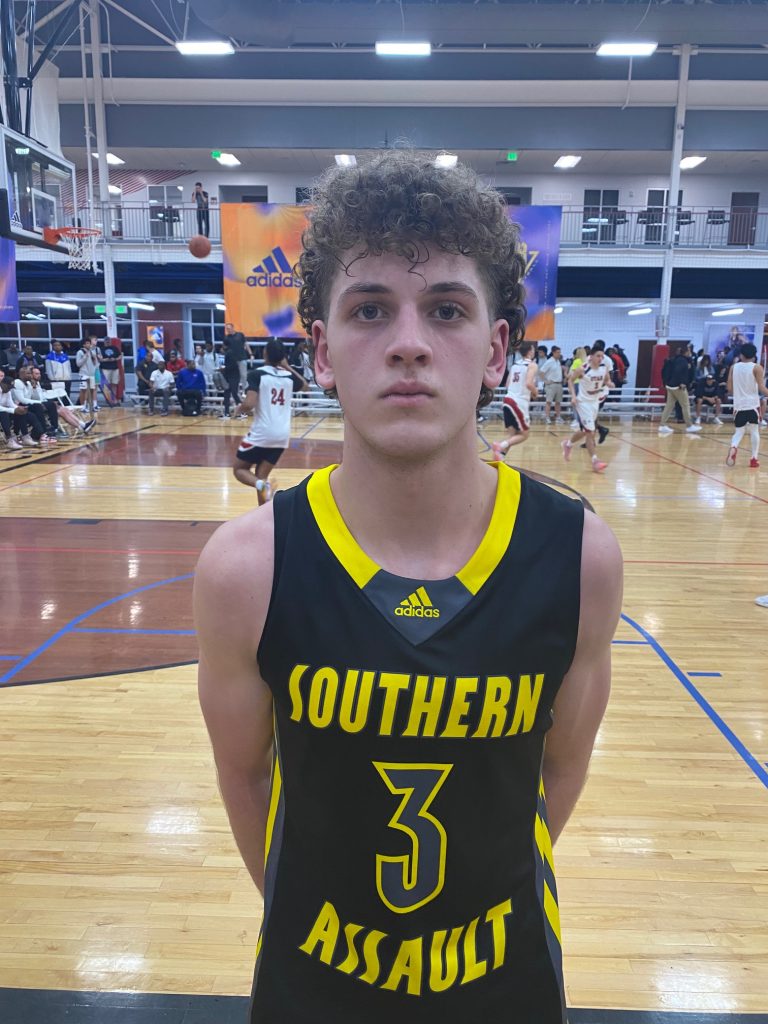 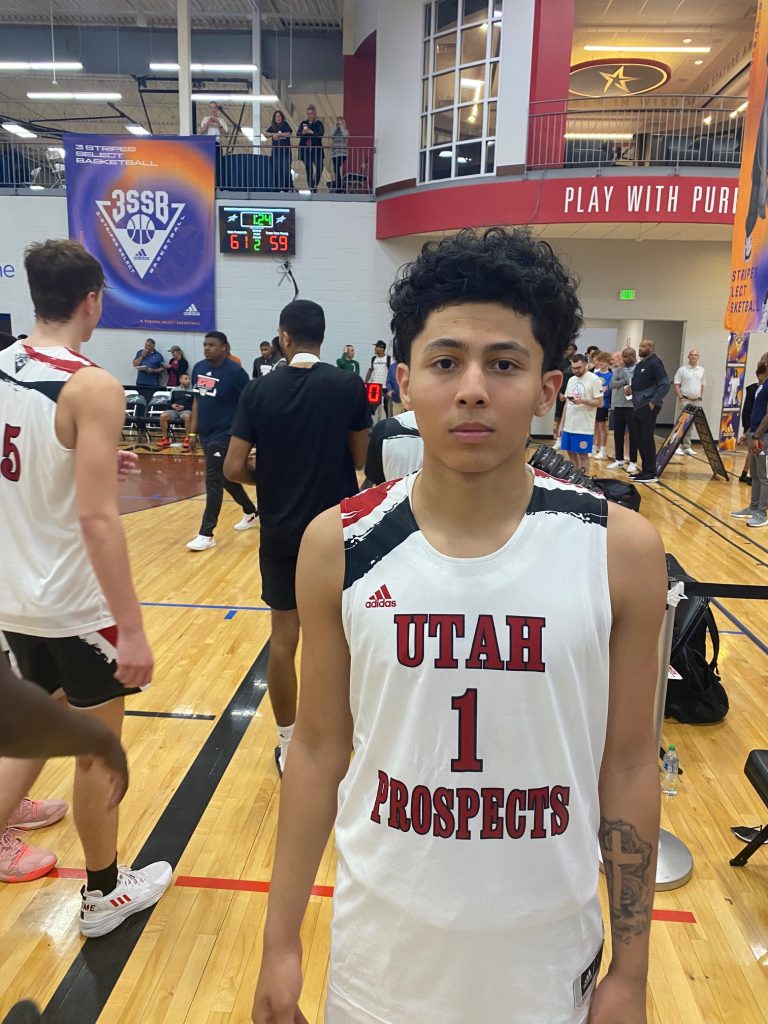 ‘24 G 6’1 CJ Brown (Game Elite 16’s)
Damn near impossible at containing one and one. Gets more paint touches than a Sherwin-Williams employee. Great in P&R and is a commanding leader. Kennesaw State head coach Amir Abdur-Rahim was in tow at each of his games.
‘23 G 6’5 Aj Johnson (Jalen Green Elite)
Baby face prospect who has the “bop” in his game that’s special. Super creator off the bounce. Extraordinary in transition. Loved the way he defends with his long & wiry frame. Just scratching the surface of what he could be.
‘23 G 6’7 Andrej Stojaković (Compton Magic)
First time watching him exclusively. He understands how to play. Can play in P&R, fundamentally sound. Inherited the “strap gene”, has a good release point. Surprised me how well he defended. Secondary ball handler. Had coach Cal front row during the event, picking up an offer from Kentucky after his play. 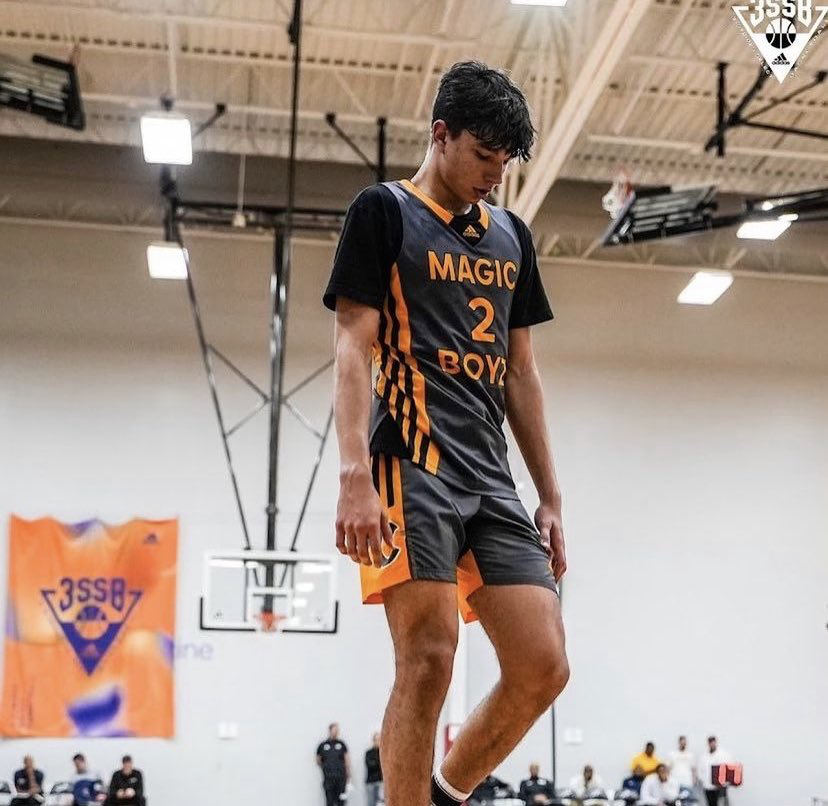 ‘24 6’6 F Josiah Moseley (Stony Point HS) (One Time Legends 16’s)
One of the more efficient players in the #3SSB. His 1st two games he went 22-28 from the field. Just comes to work every day with his hard hat and goes home. Great finisher at the rim, and rebounds so well in traffic. He’s a mid post monster. SMU, Tulsa, UTSA has shown interest. 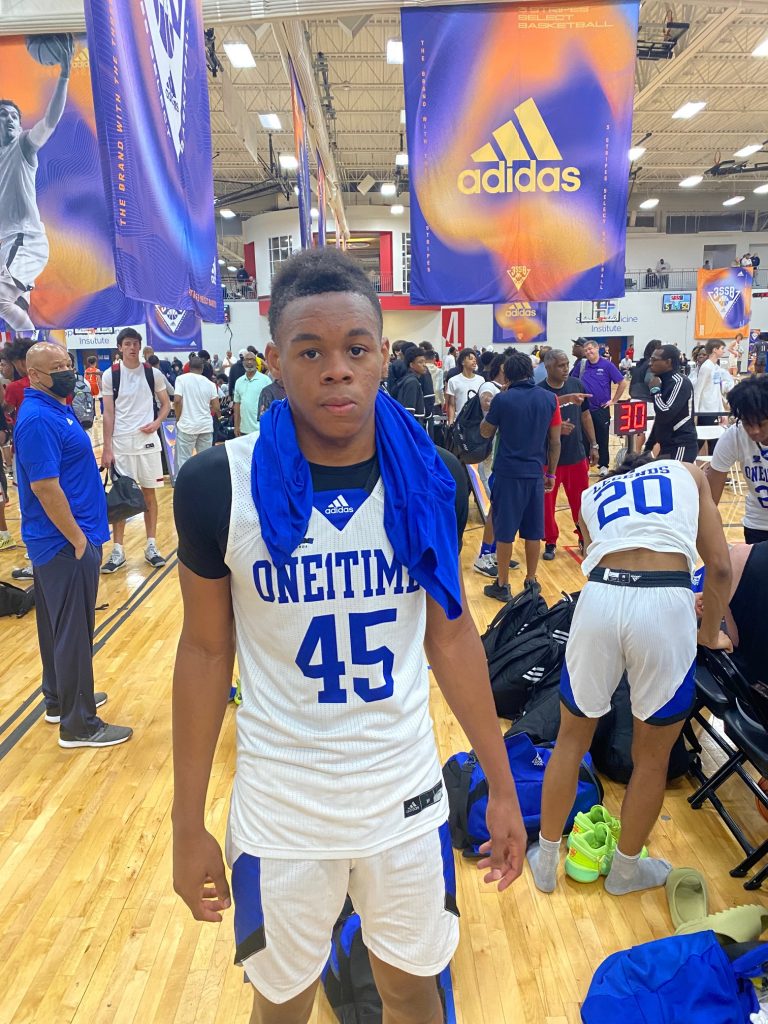 ‘23 Ja’Kobe Walter (McKinney HS) (Team Trae Young)
Might sound like a broken record but he’s the Goods. What separates him is his shot making ability. Hits so many tough shots with guys hanging all over him. High level scorer. Nate Oats, Bruce Pearl, Chris Beard, Scott Drew were shoulder to shoulder at all of his games. 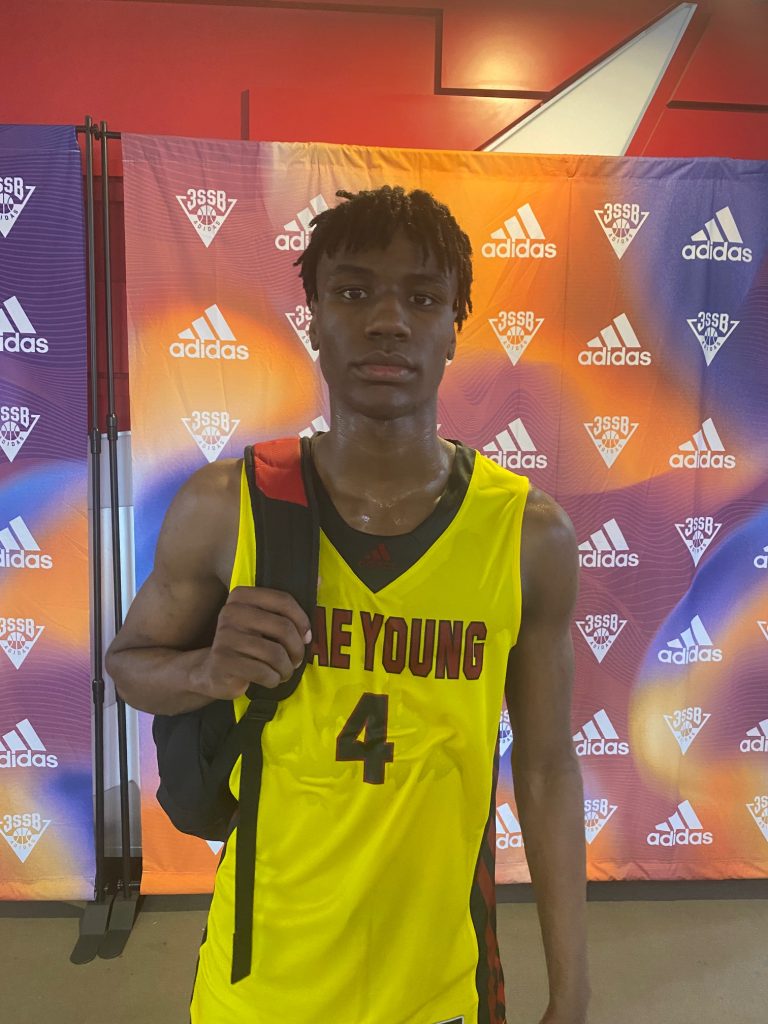 Caught fire in the game I saw him play, going 6-7 from 3. At 6’8 when he’s making shots, especially from deep, he looks like a HM prospect. Rebounded the ball well and blocked 3 shots in this same game. When he puts it all together he’s one of the top players in the country.