One of the most anticipated preseason high school basketball events finally had its debut. The OTR Fall Shootout went above and beyond expectations. Hosted at state-of-the-art campus CE King HS and Macarthur HS, there were plenty talented teams and players. The whole city came out and brought the energy to the building; and the players definitely didn’t disappoint with the competitive spirit.

This series was created in efforts to start highlighting players not just for their status or their stats. To try to take note of players who maybe don’t always get attention because they don’t stuff the stat sheet, but still make an impact to the game. I hope to highlight players who may not always get the recognition, however at the end of the day you still have to standout among the rest. 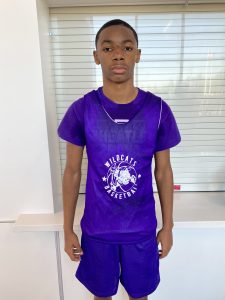 For me this was the first time I had seen Julius. In Wheatley’s opening game and the opening game of event he had an OTR Shootout game high of 35 points. His change of direction was lethal. It was impossible to anticipate which way he would go next. And he was coming at you every play. Just when you thought he was stopped, he countered and found a way to create space and find the finish or get his shot off. A different kind of crafty. Crosby had a very good floater, and finished at the rim consistently. He also looked to get to his stepback three. He shot from outside very well. If he shoots the three ball consistently, with the way Wheatley is known for playing, it will be no doubt in my mind that he will have a few 40+ point games this season! 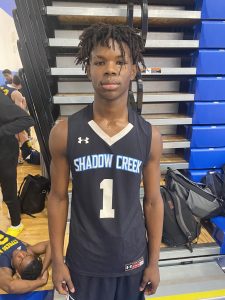 Mike Mike! With a force like Shadow Creek, you would think it would be hard to crack the rotation and make an impact. Not with Collins. He saw where he could add value and get time as a freshman, and that was relentless defense. EFFORT. Defense is a “want to” thing, and he looked like he wanted to inspire his teammates with his defense. He has a good base and center of gravity. Mike is high IQ player, so his instincts and anticipation skills were on full display while he was guarding the ball. He would pick up full court and the opponent’s lead guard. It was clear he would make them uncomfortable. The most impressive thing I saw was his ability to get so many “chest stops.” He brought the same energy every possession every game. Even when he would get beat he would come the next possession with the same intensity. I loved watching him play defense. 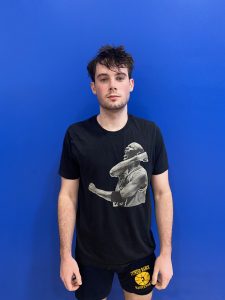 I’ve seen a slight adjustment in his game as of late. Most may have known Colby for being a shooter- which he still is- but I’ve noticed he’s really put a focus on his decision making and his reads. He truly understands the concept of not being the most athletic finisher and how instead of forcing a tough contested layup, he can find a wide open teammate that gets his team a high percentage shot. Rasberry would break down the defense and time after time make the kick out; the dump down; the hammer pass; the 45º pass; the diagonal pass in the press; you name the pass he made it. The biggest factor in all of those passes is that every one was on time on target. A good pass is the difference between a player having an easy opportunity to score, or not at all. Colby did a great job facilitating and getting his teammates involved. I will be interested to see his assist numbers once they get in mid-season form. 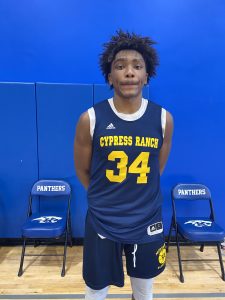 The assault on the rim this weekend was absurd. It seems like Dubem is starting to play his very basketball. The Abilene Christian commit put his imprint on the game in every aspect. Whatever he did was at a high activity level. It’s clear he’s the energizer of the team because when he gets going everyone on the team plays more freely and more confident. He crashed the glass exceptionally hard. Whenever he rebounds and has open space to push the ball, at his bullish speed good luck cutting him off, and if he gets to the rim it’s a done deal! You can almost feel the energy in the air when he starts springing the wings; most of the time it’s an alley-oop, but sometimes defenses just gravitate to him and it gives his teammates easy opportunities. He’s looking more polished, and more comfortable, this year will be what he wants it to be. One thing’s for sure and two things for certain, Dubem is going to be a workhorse every night! 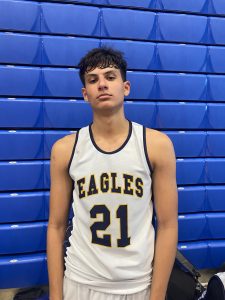 Over the weekend Grace Christian had some very tough matchups. The stage was set and Sanchez caught my eye with his overseas stretch 4 type vibe. He played a lot around the high post and midpost, but could also seamlessly go back and forth from post to spacing to the 3pt line. His understanding of the game was very high. One possession he would receive at the high post and Boris Diaw-esque passes to cutters. The next possession he would put himself in the pick-and-roll and would read the defensive rotations/mismatches and orchestrate to his teammates to hit the “shake up” pass right into his post entry. Then the next possession would catch on the wing and make a smooth dribble move into a stepback. He was very fluid in his movements and his shooting stroke is also smooth. Really skilled and really smart player that always had an answer for what his opponent was doing. 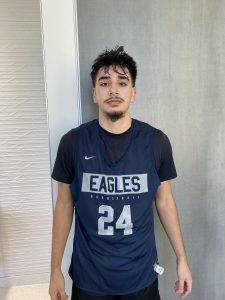 Fingers crossed, but we may finally have the return of David Martinez. David has always been a competitor. This weekend he seemed to be on a mission to get back into form. He did all the necessary things that impact winning. A leader: on the bench standing up coaching and cheering on his teammates and communicating instructions. Playing hard: picking up full court playing defense, and constantly playing with the uptempo pace that the eagles want to play with. Point guard play: drawing and kicking, making the proper reads, executing the pick-and-roll, getting assists, scoring when the opportunity was right, rebounding, making the extra pass. Atascocita was cruising to a victory up double digits under a minute left, and David is still diving on the floor for a loose ball… that is the epitome of a “Mr. Play the Right Way.” Would love for David to stay healthy and lead his team his senior season- what a journey and story that would be!